One thing about the holidays is that it seems to bring every type of person - except perhaps the most dedicated recluse - out onto the highways and byways of life.  The young, the middle-aged, the elderly, the sane, the nice, the weird, the rude - I guess everyone turns out during the last two weeks of December, stocking up on presents, returning presents, stocking up on food for New Year's Eve - surely this is the time when you can find every human version of the 7 dwarfs (plus the Wicked Stepmother, the handsome prince and Snow White) running in and out of stores.
Since our son is now working at a retail store, it's been interesting to hear his stories.  Most of the customers have been nice but there have a been a few who have gone off over nothing, proving to be an equal-opportunity chewer-outer by yelling at every employee within earshot even though no employee actually did anything to offend them.  A few people, not many thankfully, walk into stores at the last minute (i.e., Christmas Eve) and look for someone to dump their frustrations on.
And then the weird ones - again not many - just do.. weird things.  Like today, a kid came running up while our son was checking out customers, saying his parents had gone off and left him behind. Our son loaned the kid his cell phone while he continued to check out customers.  And as he rang up products, etc., the customers tried to keep a straight face while the kid was yelling into the phone, "I was just in the bathroom!  Why did you drive off and leave me??"  My guess... the parents had told the kid to hurry it up and he didn't so they drove off temporarily to teach him a lesson.. At least I hope that's the case... At any rate, you have to smile...
Right before Christmas, I went into Mardels and Life way Book Stores, my sort of home-away-from-home stores.  (I go to both places waaaayyyyy too much as evidenced by the fact that they all know me by name in those places..)   At one of the stores, I was chatting with a college-age sales clerk and I mentioned that our son also works as a sales clerk and that sometimes he has to work with difficult people, especially as the Christmas rush was hitting full stride.  Then I added, I would imagine the customers are easier to deal with here because you cater to Christians.   A pained look came across his face that clearly said, "Touchy Subject!!"  He hesitated a minute and then said, "Ummmmmm.... Don't think I need to go there."
I responded with, "Well, I'm sure some customers at any store can be difficult but at a Christian bookstore, you would think people would be a bit nicer."
He said, "Ummmmmm.... Yes.... you would think that. And,  for the most part, they are."  Then he added, "Really, most customers are nice here, especially in the mornings.  But right now, by the time the afternoons get here...."  He didn't finish his sentence; he didn't have to. The implication was clear.
Now I'd like to transition.
Years ago I had a person from another faith who kept asking me about Christ and who even asked to go to church with us - which he did.  I didn't know where his interest came from although we were certainly glad to have him talk to us and worship with us.  Finally he said that when he first got to the States, he worked in a dough-nut shop.  And he noticed that the customers who came in on Sunday morning were different from those who came in Monday through Saturday.  He asked his employer why the Sunday morning people were different, nicer and his boss, who was not a Christian, said, "Those people are Christians on their way to church.  People who go to church are just more polite, easier to deal with.  Not as impatient.  Happier."
First, my friend noticed a difference over time in one set of customers as opposed to the others.
Then he set out to discover why these particular people were different.
Then he wanted to know about Christ and  church.
This year my goal is to remember where I am, whoever I'm dealing with, as I shop, pay taxes, sit in the doctor's office, whatever - my goal is to remember that each person I encounter is someone Christ died for.  And that each person, whether they are nice, not-so-nice, or just a little strange, is someone who may A) need a smile and B) may wonder why I'm smiling while others aren't (as in the revenue office when getting tags, etc). And that small commitment on my part, may lead someone to wonder about the God I profess to serve.
That's my goal for 2012.
If you think about it, pray that I'll be able to keep it! 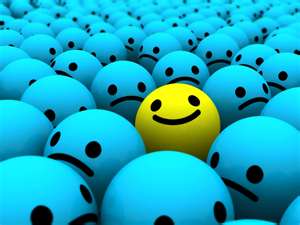