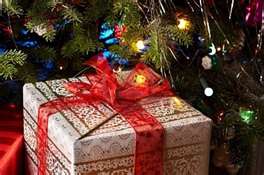 As I think back over Christmases past, I realize that although they followed a pattern of sorts, they weren't all alike.  After I graduated from college and my brother went into the military, sometimes our Christmases were spent with others and occasionally they weren't - on a few rare occasions it was pretty much just myself and mom.
In 1983 I  had been given an early Christmas present, a small paperback called The Navigator,which is  a spiritual biography  of Dawson Trotman.   Daws founded a ministry called The Navigators which focused at that time on reaching out to our men  in uniform back before WWII ever even started. He really believed with all his heart and soul in Scripture memory and worked as hard as he and his wife could at training young service men in the basic principles of the Bible.
I had already read a traditional biography of Daws  by Betty Lee Skinnner and I'd like to draw from both books for this  blog.
First, while I enjoyed the standard biography by Skinner, the small paperback account of Daw's spiritual growth actually brought me to my knees on Christmas Eve of 1983 - it  impacted me greatly, probably more than I can say.  As I read how God worked in Daws' life and how he responded with all of his being, I felt challenged, actually in awe of Who God is and what He can do with a life surrendered to Him.  I remember laying the book down and then kneeling in front of an armchair, resting my head on the seat cushion - the room just illuminated by Christmas candles and the lights on the tree.  For the first time ever in the quiet beauty of that simple room, I asked God if there was something I could give Him.
Before I got up from my knees, I had a deep desire to memorize a chapter in the Bible as my present to Him.   But since I had never been able to memorize more than a verse or two at a time, I realized that I could never do it without His help.  So like a child asking a parent for money so that they could turn right around and buy the parent a gift :), I asked God to give me the stick-to-itiveness or whatever was needed (probably a few more brain cells, actually) to complete this "gift".
I also told Him that I'd memorize any chapter He placed on my heart to do - it was His call.  Then I started flipping through the Bible, going from one chapter to another; however, always lingering over chapters I preferred, passages such as  Psalms 103, II Kings 6 (Elisha and the chariots of fire), John 10, Romans 8, Hebrews 11.... so many neat chapters to choose from! But as I flipped through the Bible, praying, God seemed to keep drawing my attention to James chapter 1.  James was not my favorite book (better than Revelation but definitely not my favorite...) and every time I looked at those verses, I would go "Naahhhh, God can't be leading me to this chapter!"  But after repeatedly feeling like this was where He wanted me to "settle", I finally bowed to the inev as Bertie Wooster would say and started to copy James 1, verse 1 onto an index card.
I have to say that God definitely did His part - enabling me to memorize four verses a week - something I'd never done before. Over the years, I went on to memorize other passages by His grace but none were as easy as those 27 verses in James.  Now, many years later, I've found that I can go back to it and with a little work, recall it almost word-perfect in a fairly short period of time and whenever I do, God always uses it to bless me.
I guess I've just said that to say that the Christmas of '83 wasn't the Charles Dickens picture post-card type of celebration with a throng of joyous people lifting hearty glasses of mead... I mean, eggnog.. while laughter filled the room (i.e., old Fezziwig's Christmas parties).  In fact, I remember it as being  a quiet celebration with just a few close family members (although my memory may be faulty on that score).  But it stood out for me because for the first time, I really included Christ in our circle, as if He were a celebrant  right there in our little home - which I fully believe He was.  And the way I did that was by simply kneeling and asking if I could give Him a gift by memorizing part of His love letter to me.  (My brother has carried on this tradition far more than I and one of the highlights of our Christmas get-togethers is when he shares the passage about Christ's birth from memory. I always love that.)
As I've indicated, there is something else that I'd like to share from these books about Daws and the Navigators and Christmases past.  But this blog is already pretty long and I have decorations to put out!  (Whether my husband realizes it or not, whether the remodeling is complete or not, whether the earth stays on its axis or not... today is the day!  My Christmas things are going up or else!!!  How's that for Christmas cheer??)   So I'll just end this in the time-honored way of old-fashioned novels that were released section by section in magazine installments..
To be continued... :) 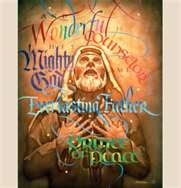 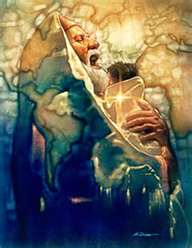