I love my in-laws but it is true that opposites attract :)  My family celebrated Christmas in a fairly traditional way - go to church on Christmas Eve, wake up early on Christmas morning to rip and tear into the presents and then prepare for a big meal after which... you nap!! 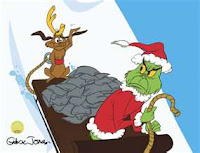 Not my in-laws. At least, not back then.  (I think I've had a dampening effect on them over the years..)  At any rate, the second Christmas of my married life, my in-laws decided to adopt a theme for the family get-together.  As luck would have it,  they settled on The Grinch Who Stole Christmas with the idea being that each person would dress up like one of the characters in the story. The only problem was that there weren't enough memorable characters for everyone in the family to have a part.  That meant that Phil and I, as the founders of the feast, were let off the hook and could dress normally - sort of.  (I think we had to dress up like Dr. and Mrs. Suess... )  However, other family members appeared on our doorstep dressed as Cindy Lou Who, The Grinch, The dog-cum-reindeer, and.. um... a Christmas tree, complete with twigs and ornaments sticking to their ensemble. 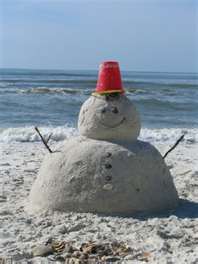