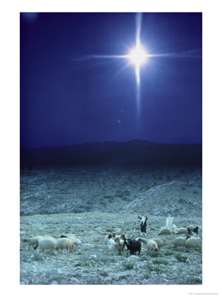 This is the human condition, i.e., what is wrong with us, with our world.  We sit (live, walk, sleep, fight, love and whistle...) in the dark. While death's shadow falls across all our days.

This is why Christ -the Dayspring, the Morning Star, the One who rises with healing in His wings - this is why He came.  He didn't bring light; He brought  Himself  -He is the light.  Wherever the floodlight of His presence shines, shadows disintegrate.  Wherever He walks, He brings peace and as Luke 1:79 promises, for those who follow after Him, He guides their steps into peace. Not the type of peace that the world knows; a world that is littered with broken promises, broken marriages, broken hearts, broken treaties.  Not that type of peace.  But the real thing.  A peace that, when we snuggle close to Him in faith, transcends our circumstances, our worries, our losses and our fears.

Someone once shared their story with me,  a person who came from another country, another faith, another language.  Gradually, this person became convinced that God was speaking to him, drawing him, telling him that Jesus was His Son, that Jesus died for him, that Jesus loved him.
But he was afraid to believe in the light; yet afraid to keep living in the shadow of death, in the dark.
A real dilemma.
On the way to church, a friend asked him, "What would it take for you to believe in Jesus?"
A scary question, one with profound ramifications.
To put off the issue, he pulled an impossible condition out of the air, so to speak.  He replied, "I would have to see God before I would believe."
His friend swallowed hard and then said, "Well, we will pray that you see God." And then his friend did just that.
They went on to church where the bread and the juice were passed around in remembrance of Him.  A time of holy communion in more ways than one, because  as the man sat there trying to back away from belief, he suddenly saw a bright light, brighter than the sun, at the front of the sanctuary.  The light was dazzling in its brilliance yet  it didn't hurt him; a light that  should have seared his retinas but ... didn't.
He blinked, tried to focus his eyes, searched for a simple explanation and came up with the fact that  his eyesight must be  glitching.   So he turned to the person next to him for confirmation and reassurance.  "Can you tell me what that light is, where it is coming from?"  To his shock, the other person responded with, "What light?"
He started to point to the front of the room but this time when he looked, there was no light...
At that time, he had no idea that Jesus had called Himself the light of the world or that Jesus had promised to dispel all darkness for anyone who followed after HIm.   All he knew, down to the bottom of his soul, was that someone had prayed that he would see God... and he had.
He believed and found the peace that Jesus promised.
This is what's right with our world...
This is what Christmas is about....
As Tanner would put it, have you loved your Savior today?

"Who gave himself a ransom in the place of every person, a testimony that has come in its time.." I Timothy 2:6 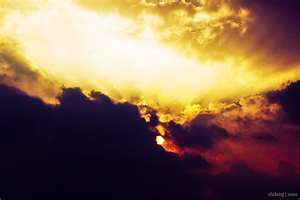