When one part of the body hurts...

Woke up in the middle of the night; not feeling a hundred percent due to sinus stuff.  And here I am, totally wide-eyed  and feeling like sleep is still a long ways away.    After trying various activities to make myself sleepy, I finally hit on the novel idea of praying... Ha!
I got out an old  prayer binder that I just unearthed and started flipping through the dividers, seeing what "topic" was associated with each day of the week.  When I got to Friday's divider, I saw that the subject was "prayers for the suffering saints."  Honestly, when I think of suffering saints, I tend to think of .. me.  My feet hurt... my sinuses woke me up again...the neighbors are roaring down the street at midnight on those motorcycles that sound like  airplanes taking off.. and by the way, God, could You cause their engines to break down... yada yada....
Back to the notebook - I saw that Friday's section  also  has a little map in it and suggests that the user list missionaries, organizations, etc to pray for .  I listed a few countries where persecution is the norm. And underneath each country I listed any names of individuals or organizations that I knew of. I'm telling you - it was a short list. Prayer lists for myself are pretty.. long.
Then I started to pray some of the prayers written out for me to use in this section. When  I got to the second prayer, however, I just burst into tears.  At that point I thought, "Okay. This is my blog for today..."
But then I thought, "I've already written one blog about the persecuted church and I don't think people  like to hear about this topic."
Then I remembered many years ago, when I was at a Toastmaster's meeting in California. I was seated among a very sophisticated group and mostly what I remember is how several of them talked about their ex's and how they were all  on the best of terms... Like, we're divorced (some multiple times) but it's no big deal,  we're still the best of friends; no harm done. And I couldn't believe that because I had friends who had gone through divorce and it hurt like heck for them, it was terrible.  Even if they remained on friendly terms with their spouses afterwards, they never discussed divorce in casual terms.
So while I'm sitting there trying to figure out who had the most ex's and how they had all managed to bond  together so well in this  club in spite of how most of them had been married to each other at one time, a very elegant and well-spoken woman picked up my key chain. I had gotten it from the Open Doors ministry and it had a Volkswagen in a circle with a line drawn across it.  Open Doors used that symbol for their organization as a reminder of how their founder, Brother Andrew, started taking Bibles into Eastern Europe in the 1950's, right after the iron curtain descended.  In his little car, he hid Christian literature and at risk to his life, took this material to Christians who were in desperate need of encouragement.
The lady looked at my key chain  and then asked me what it meant. I explained it to her and I'll never forget her reply.  She frowned slightly and said, "Isn't that sort of negative to think about? I mean, isn't that sort of a downer?  I mean shouldn't we dwell on the positives?"
Well, yes... and, um.. no.
Well, what I really mean is: if I were in prison for my faith, by golly, I would want someone out there to be praying for me even if it wasn't the most popular thing to do.  Do you know what I mean?
So yes, persecution isn't the most positive thing on the planet. And that's why the suffering saints need our prayers and the positive encouragement that comes from our praying together as the body of Christ for them.  In Galatians 6:5  we are  told to  carry our own loads (daily responsibilities).  However, in Galatians 6:2, we are told to also help others carry their out-of-the-ordinary burdens, their overwhelming loads.  And I'm  pretty sure that persecution qualifies as an overwhelming load.
The Bible also says in Matt. 18:20 that wherever two or three of us are gathered together in His name, He is there with us. What an awesome promise!  However, it's likely that  my sister or brother in a severely restricted country can't meet with others to pray, not even just two or three together. But we can. And I guess that's the point of all this.
At any rate,  it's what God laid on my heart at 3 a.m. And then,  after I started writing, I suddenly realized that today is the day  that is set aside once a year to pray for and focus on the persecuted church.  So definitely,  this is the topic de jour for this Nov. 13th blog! Please pray for other believers who have never known the freedom we have.  I have read that some of them  pray for us!

Below are some suggested prayers for the suffering church from the 2959 Prayer Plan notebook.
1. Pray that they will not be put to shame in anything, but with all boldness, Christ shall even now, as always, be exalted in their body, whether by life or by death.  Phil. 1:20

2. Pray that  the Lord will  direct their hearts into the love of God and steadfastness of Christ.  II Thess. 3:5.

3.  Pray that the Lord will strengthen them  with all power according to His glorious might, so that they may attain steadfastness and patience joyously.  (Col. 1:11) 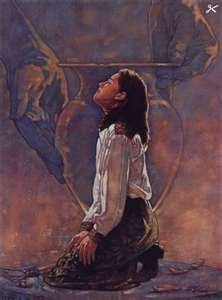 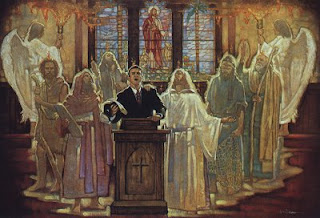