Many years ago I received an invitation.
Then for the next few years, I struggled off and on with the desire to accept that invitation. I knew I should shut the door on it but at times I had an overwhelming urge to say, "Yes, I'll dance with you; I'll go the full nine-yards with you."
The invitation was from my nemesis, Bitterness, and it included a promise of getting sweet revenge on those who had hurt me.  Just before the invitation came, God impressed on my heart to meditate on Psalms 37.  Eventually I memorized the first 13 verses and for what seemed like eons, I often had both the engraved invitation to hate and the golden-lettered invitation of Psalms 37  to "do good"  sticky taped side-by-side on   my mental daytimer.  Often the question was: which invitation would I accept?
Many times, I accepted the invitation to hate, to be bitter and to plot revenge.  On those days, I became a poster child for Psalms 73:21-22.  When my heart was embittered and I was pierced within,  Then I was senseless and ignorant, like a beast before You.  I also eventually proved the truth of Psalms 37:8b  Do not fret, it leads only to evildoing. As one of my friends likes to say, You can be an excellent example or an awful warning. There were days when I am sure that I was that awful warning.
As I look back over those times of struggle, I can also recall days or even weeks when the truth of Psalms 37:3 came to life for me in living color.  Thankfully, many mornings I woke up determined to follow this formula for living regardless of how I felt.  Trust in the Lord and do good;  Dwell in the land and feed on His faithfulness.   I can remember thinking,  how can I help someone today? and then sort of looking up to God and saying, "Lord, I'm going to dwell where You've placed me; I'm going to do good in this neighborhood to someone today in Your name; and I will feed on Your faithfulness."  I found that when I did the "good" part, He did the faithfulness part and it was pretty awesome! I still have memories of great joy  and contentment that He showered on me as I took food to a neighbor who was sick or tracked down the beagle (or Bagel as we called him) next door and shoved him back in his fence and blocked the gate:)  Very simple, random acts of "goodness" and "trusting" as opposed to "fretting" and "plotting"... but somehow they opened a door into His presence.
However, probably the biggest thing I'm thankful for is the time when He finally brought me to the place where I could willingly, from my heart, ask God to bless my enemies.  When that time came, I knew He had healed me in spite of my "say-yes-to-hatred-days" that had savaged my peace of mind and sidetracked me big time.  The first time I prayed for my enemies, I thought the words would stick in my throat.. for-ev-uuurrr.... But ... they didn't :)  And then came the wonderful day when I knew that I was free.  Awesome!
Eventually I learned that what brings joy to His heart, can also bring joy to my heart. That I could "hang" with my enemies by mentally rehearsing the hurtful things they had said and done. Or I could "hang" with the God of the universe who loves me and delights in me by mentally rehearsing the wonderful things He has said and done.
Basically, refusing to dance with hatred freed me up to dance with joy.  Coming into His presence  (Psalms 73:17) and dealing in forgiveness (both coming and going - coming from Him, going out from me) was critical for me.
Two invitations.  A long time in coming. But finally, by the grace of God,  I accepted the golden-lettered one from above as opposed to the engraved one from below. 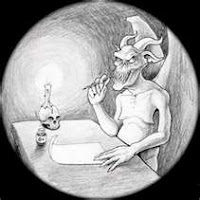 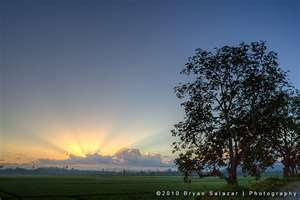