This past Saturday I woke up before my husband did and decided to fix bacon and eggs, thinking the smell of bacon would be a nice thing to wake up to.  And my husband did appreciate the gesture and he enjoyed the food.  But when I mentioned that I wanted him to awaken to the smell of bacon cooking, he looked at me, gave a slight smile, and said, "Cathy, I can't smell anything..."
Duhhhhh....
We were celebrating our 25th anniversary.   Phil has never had any sense of smell in all the years I've known him.  I know that he can't smell anything!  And yet I honestly cooked bacon just a few days ago, thinking that the aroma would make for a pleasant start to his day!
I could put it off to old age but the truth is: my mind just glitches from time to time and always has...  I can "know" something and then, in the busy-ness of the moment, totally forget it.  Or to put it another way, I have a one-track mind that  can easily be derailed.
Like when David was a toddler and I read Peter Rabbit over and over and over... until I realized I was rooting for Farmer McGregor, which was a definite sign that I'd read it one too many times!  At that point, I temporarily hid the Beatrix Potter book  behind some other books in our library. And found it, to my surprise, several years later when David was well past the bunny rabbit stage.
And then there are times when I just, bottom line, get things garbled.  Again when David was very small, a baby actually, he had his first ear infection.  I was up with him all night long (that's my excuse!) and the next morning when I took him to the pediatrician, he was quickly diagnosed.  The doctor, trying to save us some money, gave me David's medicine in sample packets with instructions on how to add water.  And then he wrote down how often to give it.The last thing he said to me was that the infection was localized to the right ear only.
From those simple directions, I deduced (incorrectly) that the medicine should go in David's ear!  The only problem was - the medicine was pretty thick and didn't want to go in David's ear... Nor did David want it in his ear! To this day, I can remember holding my beloved child at an odd angle, trying to force that thick substance into his tiny ear.  Finally, in total frustration, I went next door and asked David's adopted grandparents to help me.  "Papaw" just looked at me and said, "You're not going to get me to do that!  I don't want the kid to hate me when he grows up!"
The next morning, I dutifully took David's temperature and it showed he still had a fever.  So I called the nurse and she asked me when I started the medicine. I innocently said that I put it in his ear the day before. She asked me to repeat that, which I did. And then, in a very calm voice, she said, "That's fine, Dear. But let's go ahead and start it by mouth today."  At that point, I burst into tears and started asking her things like, "Would he have brain damage?"  She assured me that he wouldn't but refrained from saying that the medicine was probably the least of his worries. 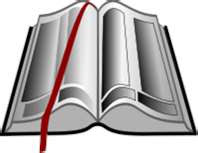 I guess the point of all this is that I really, really know that I can get things wrong, forget things, etc. But when Phil and I have a difference of opinion, I'm just as quick to assume that I'm right and he is wrong as I've ever been.  And sometimes I can be quite adamant in defending my position!
So today I've been going over the verse in James 1 that starts off by saying, "Let everyone be quick to hear, slow to speak and slow to anger."
Good advice for a scatterbrain like me!
Posted by Unknown at 6:24 PM