I'm glad Christ came to earth, but if I were Him, I think I would have stayed in Heaven. 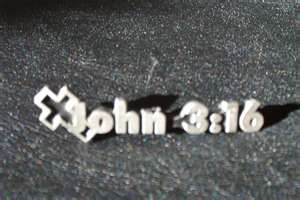 I've been looking forward to Easter so much this week and have been talking to the neighbors (no, they haven't started running at the sight of me... yet.) about what Christ has meant and continues to mean to us.  (Even to the neighbor who sits on an  upturned bucket, pulling crab grass out of his yard; the one who calls the Code People on the rest of us....Even to him, I talked about Christ and wished him a blessed Easter. I was such a good girl that I practically strained myself patting myself on the back after that virtuous verbal exchange... It was especially commendable because the Lord knows I don't like that guy...)
And I've even  tried to go on faith about some things these past few days. Last weekend someone  apparently was going through the neighborhood, stealing stuff from cars and actually kicking in someone's front door about midnight while they were sleeping. The alarm was sounded last Sat. night about 9:30 p.m. as two young men drove up and down the main street in our neighborhood trying to catch the miscreant who had just been seen going through one of their vehicles.
Nice....  But I didn't panic. I was a good girl and patted myself on the back for being calm.
But.. seriously... if I were Christ, I would have skipped the 33 year opportunity to go slumming on planet earth where people kick in doors and others get steamed and go hunting for them, vigilante style. While still others (that would be me) are extra careful to keep their doors locked 24/7.
Seriously...  I would have stayed in Heaven.
A few days before the thief alert was sounded out here, we found out that my husband's transition at work was suddenly on a fast track and that he had to A) take a computer course on the net and pass it before going for a week long certification process. Which meant that  B) after passing the course,  he would be sent to NY to certify on the 8th of this  month. (Yep! Tomorrow).  My husband doesn't like to travel, has never been to NY and normally, when he does training schools, he just has to drive to Memphis.
Suddenly he's looking at hours on the computer in addition to regular work days. Followed by  five days of  intensive trainng in NY where he'll have to rent a car and drive from the airport (in one suburb) to the hotel (in another suburb) and then to the school (in yet another suburb).   All this put our family into hyperdrive and even as I write, my poor husband is still bent over the computer, trying to finish up the test at the end of the computer course so he can get up in the morning to catch a plane he doesn't want to catch.
And my feet hurt.
And suddenly, I'm no longer faith-filled but wondering why people have to start kicking in doors when, after two years of no training schools, my husband is suddenly about to go on the mother of all schools (as far as we are concerned).   All this week I've been pretty upbeat, reminding myself that this change in jobs at work is an answer to prayer and therefore, this school is part of that answer.  But now, I have a twitch under my right eye (not to put too fine a point on it) and I'm pretty sure that is not exactly a sign of great faith... If I were Peter right now, I'd sink like a rock.
And my feet hurt... Have I mentioned that already? 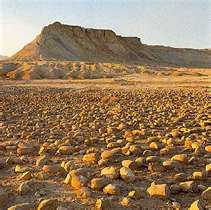 And I'm pretty sure that if  I were Christ, I would not have come to earth for 33 years, to pound rocky terrain in sandaled feet,  break bread with criminals and their victims - oh, and also reach out to the snooty ones who looked down on said criminals and victims.  The first time someone challenged me, I probably would have folded like an accordion  because I want people to like me.  And there were a lot of people who didn't like Christ, apparently.  And then when it looked like things were getting out of hand - i.e., dangerous!!! -  I would have moved into the sturdiest house I could find and  installed the first century equivalent of a home detection system asap.  And had I known that I was going to be spit upon, insulted, beaten and then crucified, I for sure would not have come to the earth to live. I can't stand pain. (And did I mention that my feet hurt?)
If I were God and I did come to earth, I probably would have wiped out my enemies in a spectacular way - in other words, they would have been toast - and after that, I would have settled in a palace, even though that wouldn't hold a candle to heaven. And I would have rightfully enjoyed the adulation of those I had just saved from the "bad guys" (the ones who are still smoking because they are toast...) Before kicking the dust of this place off my royal sandals and heading back to Heaven.
Honestly, if I were Christ, and I felt like I had to come to earth,  I sure wouldn't have come to that particular time period in history. I mean, they didn't have electricity! Germ-X!  McDonald's! Air conditioning! Bottled water vending machines!  Or even the gas chamber, which, as bad as it is, is a whole lot better than hanging on a cross.
I mean, life back then  was so... so... primitive. And cruel!   And when compared to Heaven.. ??? Well, you've got to be kidding me.  Leave Heaven??? Uh uh!  I cried when I had to leave the beach at Mobile, Alabama.  And I'm talking just a few years ago, when I was fifty-something...
And so I just have to ask, God, what were you thinking????
Seriously??!!

I was thinking of you and everyone else  who has hurting feet, twitching eyes, and a complaining spirit.
And  of your neighbor who sits on the upturned bucket, pulling crab grass with pliers, and turning  in the rest of you to the code people.
And of the guys who had stuff stolen from their cars and who were bent on revenge.
And of the guys who did the stealing and the door-kicking.
And of  your husband who works so hard.
And of all the people he'll meet in New York.
And.... 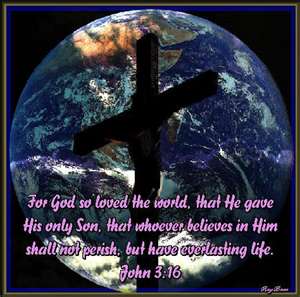