When I first started teaching school, my rule sheet was fairly simple.  I think it went something like this:  everyone will respect the teacher and other classmates and cooperate in order to create an environment conducive to learning.
The second year, my rule sheet included tidbits like, "Anyone throwing spitwads (and berries when in season) will automatically be sent to the principal's office."  Simply put, you can learn a lot about what kids are doing (and are not doing) by what the teacher's rule sheet prohibits, admonishes and encourages.
We've been studying the book of James at our church, using the Beth Moore workbook and DVD series.  As we've worked through it, I have had a tendency to look at James' admonishments to his congregation in Jerusalem through the eyes of a school marm.  In other words, I think I can kind of tell what his audience was doing by what he repeatedly told them not to do.
As Beth pointed out to us, the people in James' assembly were Messianic Jews, people who knew the Torah well and who had  followed the Ten Commandments plus  all of their lives.   They believed in Jesus as the Jewish Messiah and as the way to God the Father.  (You believe that God is one; you do well.  The demons also believe and shudder..)  So, perhaps in their minds, they had it all - the best of both worlds.
James sees them differently however; he sees them as major lawbreakers, people who are messing up big-time and seriously standing in the need of mercy.
He starts off on "safe ground" - didn't the same one who said don't commit adultery also tell  us not to commit murder?
Well, yeah...I'm sure they would agree with James' argument.   I mean he's apparently not writing to a bunch of ax murderers, so they're cool with that point. Absolutely!  God gave us both commandments!  And we're keeping them! Preach on!
But he doesn't stop there.  He goes on to ask:  well, what if you keep the whole law for a long time and then suddenly you trip up, you stumble in one point?  Doesn't that one mess-up make you a law breaker?
Maybe his congregation is still tracking with him, still nodding their heads and thinking (perhaps a bit uneasily) that they are  on safe ground. Yet not too  sure where the pastor is going with all this.
Where James was going with his "case" against them was to Matthew 22:37-39, two commandments that, if they are kept, will fulfill the entire law. Love God with all your heart, soul and mind. And love your neighbor as yourself.

And that's where they were messing up.  They weren't loving the poor, the ragged, the dirty, the hungry  in the same way that they themselves would want to be loved.  They would, in a heartbeat, play up to the rich and the influential and probably for good reason - the rich had the power to throw them into jail. So naturally when a powerful person came into their assembly, they would offer that person the best.  And then, just to sound good, they would piously bless the poor people by saying, "Go in peace! Be warmed and be filled!" 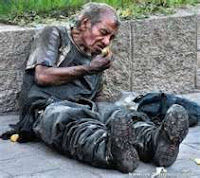 James doesn't like this. He's asking them, "How can they be warm if you don't give them clothes? How can they be filled if you don't give them food?"
This, of course, is tough and I would imagine that James' audience is  wishing he would go back to the sins of adultery and murder...  And I'm right there with them.
"But Lord!  My neighbor looks so ... so rough! And You should have seen the looks we got when I was standing on the corner, talking to her about her last police bust...  Oh.. You did see that?  Well, then, [imagine pouty face here] You know how embarrassing that is. And I mean I know she's trying to go straight but the truth is, she's in a bind because she's made a lot of mistakes in the past and [whiny voice here] just because she's making good choices now, well, I don't see why I should give up  my chocolate money in order to  buy eggs for her..."
Unfortunately, James wasn't finished... Not only does he clearly label favoritism and neglect of the poor as  serious transgressions, he also hits hard on sins of the mouth. (I'm assuming gossip; hot-tempered, injudicious comments; bragging; flattery; lying and such would probably fill the bill here.).
At this point, I'm thinking his church is probably secretly appointing a pulpit search committee and that his days as pastor are numbered.
But the guy doesn't even  seem to care!  He goes right on, telling  them that if they have selfish ambition or bitter jealousy, envy, etc - they are not tracking with God at all!  In fact, he tells them that their wisdom is the exact opposite of God's.  While theirs is earthly, natural, and even demonic, God's is pure, peaceable, reasonable, full of mercy and good fruits, unwavering and without hypocrisy. And he finally ends up accusing them of the very thing they were so sure they were innocent of - he calls them adulterers!  Oh My Gosh!!!  He's telling  them that they are playing footsie with the world while  keeping the outwardly showier (and easier) mandates of God's law and that this isn't going to cut it!
Whew.... 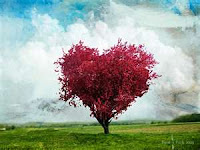 And in all of that, one word stands out to me like a lifeline  and I would guess to his first audience as well: mercy.  God's wisdom is full of mercy...  God's heart is full of mercy...
Thank You, Jesus.
By now, I don't know about James' listeners, but I know I am a law breaker of the first water, standing in dire need of mercy.  And as one who both desperately needs and  abundantly receives His mercy daily, I should be the first to offer some mercy of my own to my down-and-out  neighbor, whom I am to love in the same way that I would want others to love me.
Okay Beth, James, and Jesus!  I think I got it.
Mouth shut, heart set to unselfish love, and mercy radar pegging out...
Today, I will try, by the grace of God, to imitate my Abba who has kept His mouth shut in regard to my many failings, loved me beyond measure and showered me with mercy... And today is going to be, I think, a a great day!
Posted by Unknown at 12:43 PM