You are not alone... 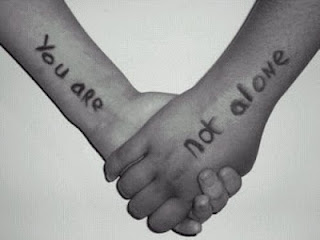 This morning I got to take my niece to school which is  a bright spot in my week, even though it comes early in the morning and I'm normally allergic to mornings. On this particular Monday, I was somewhat "hung over" from the past two days, which were stressful  to say the least.  But still, my heart was  lifted by Charity's droll  insight into the drama of teen life. Plus, it was a gorgeous morning, as if to say the tension of the weekend, like its rain, is gone now and things are looking up. Which, indeed, they are.
Still, being encouraged and being rescued from slow-wittedness are not one and the same thing:)   My brain, to say the least, was still sluggish after our somewhat traumatic weekend.
Being slow-witted, I noticed things I normally don't as I made the drive home, like my brain was in unfamiliar territory and trying to decipher any and all clues...  Right off the bat I noticed a sign that didn't say exactly what it meant. I'm sure I have driven past it a hundred times but this morning I noticed that it had the word Jesus   on the top line in big letters. And then, underneath it were the words, "Thou shalt not steal!!!" And underneath that was a  verse reference from the book of Exodus.
I'm pretty sure they meant that Jesus doesn't want us to steal... And I'm guessing their store got robbed recently (it's in a high crime area with lots of barred windows and doors).  But what I saw, in my somewhat stupefied post-stress state was this:  Jesus... Thou shalt not steal!!!
And not being the sharpest crayon in the box this morning, I thought, "That doesn't look right..." And still it took a while to figure out that  a little punctuation would help out a whole lot, that if the sign said, "Thou shalt not steal!"  and then had "-Jesus" underneath, it would change the entire meaning.
Shortly after noticing the sign,  I looked up only to find   Smokey the Bear - somewhat faded but still recognizable -  pointing his finger straight at me and saying, "Only you can prevent forest fires!!"
Well, Smokey's billboard is situated in a dilapidated commercial district with a few bars, a few hole-in-the-wall businesses, and a factory or two.  Um... no forests that I could see.  So I found my mental processor churning out random phrases such as, "Smokey needs a face lift... and a new address...  Whoever put that billboard there is, um, pretty clueless..."  Like putting a sign in the heart of New York city with a picture of the Surgeon General (if we still have one) pointing a finger at all and sundry saying, "Warning!!  The Surgeon General has determined that fried chicken, fried Twinkies, grits, an' bis-kits-smothered-in- gravy are bad fer your health!! Only you kin prevent heart disease!!" 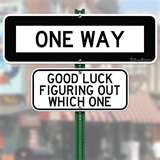 And then I thought about how I freaked out the night before and burst into tears after my husband called  at 7:30 to tell me he was lost, had no clue where he was, and needed help. He was exhausted, stressed, and in a place that seemed to be all freeway, super highways, access roads, multiple  exits and people who are so untalkative (to a Su-than-uh) that they seemed downright unfriendly.  (Nobody here says please or thank-you or gives you the   time of day!!! They don't help you with anything!!! If I ever get back home, I'll never come back to this place again, no matter what my company says!!!)
It was a case of  South meets North and would have been funny to me, had not icy fingers clutched my heart at the words, "I am lost.... I need your help..."    How could I help him?  He was three hours away by plane.  The most I could do was pull up map quest and I'm not good with street maps and directions. Plus it would take time and I could literally hear the exhaustion in his voice.  I knew he was beyond tired and I was beyond scared.
All I can say is that God watched out for him.  As we talked, I realized he had turned onto the parking lot of a Marriott Hotel in Connecticut.  That was not good because he was supposed to be in New York but at the same time, his NY hotel was near the Connecticut border - I remembered that from looking at the map with him the day before - so he wasn't as far off track as it seemed.  But the main thing was that since he was booked into a Marriott, I felt sure the Connecticut staff would bend over backwards to help him.
He hadn't gone in to ask directions at that point (not because he's a man:)  but because he had stopped at other places already and no one had been helpful so he had pretty much given up on that option.  I convinced him to try one more time and this time, it worked.  He got what he needed and was able to make it to the hotel in NY.
This world, frankly, gives a lot of mixed-up, sometimes idiotic signals.  Like Only You Can Prevent Forest Fires when there are no forests in sight.  Or multiple exits when you only need one and everyone around you  is driving like they are on the Indiana speedway bearing down on the finish line, oblivious to the people around them. 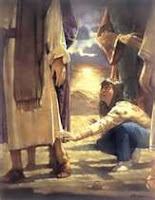 Really, it seems to me that we are bombarded with unclear, sometimes humorous, occasionally  worthless, and sometimes downright scary misdirections    everywhere we turn in this life.  Like we are in a maze, thinking we have it all together and then suddenly, stress hits and nothing makes sense, nothing is helpful.
Except Jesus.
You will never convince me that He didn't somehow guide my husband to that Marriott in Connecticut and then to the hotel in New York.  You will never convince me that when I fell to my knees after his first phone call,  tears running down my face, begging for His help, that He didn't hear me.
You will never convince me that when I sent out frantic messages on FB asking friends to pray, that He didn't hear their heart-felt prayers as well. (And what encouragement it gave me to receive messages back, assuring me that they were praying right along with me and that God had a purpose in even this!)
Truly, above all the garbled messages the world throws at us, day-in and day-out, He stands alone, guiding, helping, leading.   When everything seems so chaotic and the tears flow and the mind is struggling to process info, He cuts to the heart of the matter and gets us where we need to be, whether that is a physical place like New York (or even Heaven) or whether it is a spiritual/emotional place such as repentance or faith, He speaks truth. He speaks plainly. He speaks lovingly. 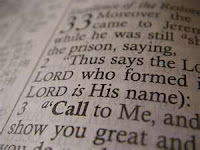 And you will never convince me that my husband was both lost and alone last night.
I know he wasn't. 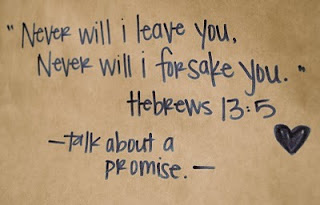