Back to the Future... 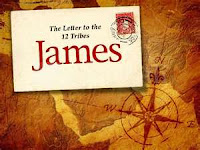 My day got off to a great start this morning.
Actually, I think the day started last night, not to put too fine a point on it.  I picked up a book about 1l p.m., one that has been less-than-riveting before and yet somehow, this time I really got into the story.  It's about how Open Doors unofficially delivered (smuggled) 1 million Bibles to China  in 1980/81.  It was a mammoth undertaking that they put together in about the same time it took me to produce our son - just  9 months or so.   The people involved in this were  Chinese Christians inside the country, who obviously took a huge risk.  And Chinese expatriates who lived  in Hong Kong plus a few Open Doors missionaries/coordinators from the Western world.  And how hard would that have been to put together??? 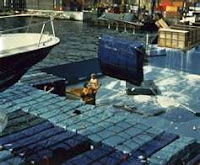 I mean:  one ... million.. Bibles?  Delivered clandestinely by sea???    Through the coordination of Western and Asian nationals?  I mean, truly, East had to meet West on that one and anyone who has worked cross-culturally knows that it's never easy to get anything done in a multi-cultural group.
Except for God...  I guess I should add that, shouldn't I??
Definitely, the whole project was impressive.
But I wasn't thinking about the logistics of the  project as I fell asleep.
Instead, I was thinking about how desperate the Chinese were to first of all, ask for such a huge amount of Bibles and second of all,  to risk their lives to pick them up at an assigned drop point (a remote beach),  store them, and then carry  them across China, handing them out along the way.
They had to convince foreigners to bring these Bibles to them and then they had to get the books into the hands of the right people, hoping that along the way they would not be caught and imprisoned.  But knowing that some of them probably would be. (Which they were).
I went to sleep thinking about that and  woke up thinking about that.
As part of the Beth Moore James Workbook study, I just finished memorizing a portion of the book. (We are encouraged to memorize all 5 chapters but I'm pretty sure that ain't gonna happen... I would like for it to  happen but have my doubts...  Um, notwithstanding what James has to say about the topic of doubting...:)   At any rate, I had reached a milestone of sorts and so as I got out of bed, I began to go over the memory passages one more time, to make sure I had them down.  And then, I had someone else check me as I said them - just a few glitches.. not too bad.  And then I practiced them some more as I backed over a curb on the library parking lot... (Well, I thought it was safe to rehearse them on a parking lot for Pete's sake!  At any rate, it  was mostly  empty! I promise! And I didn't hit anybody...)
At any rate, I  found my heart singing as I went through the morning (even in spite of the curb thing which was a bit embarrassing), meditating on words that are a lot more than just words.  (In college, we had to memorize poetry for lit class and it was a good mental exercise.  But  it didn't make the heart sing and there really is a difference.)
And then it suddenly hit me why the Chinese risked their lives, risked everything,  to get Bibles for themselves and for about a million others over 30 decades ago.
The human heart needs a song and God is the One who gives it.
Even under the most adverse circumstances.
Which leads  back to James, God's word to the oppressed, the tempted, the tried, and the persevering...
James, a bond-servant of God and of the Lord Jesus Christ, to the twelve tribes who are dispersed abroad, greetings. Consider it all joy, my brethren, when you encounter various trials...
Posted by Unknown at 2:07 PM