Faith - don't arrange your life without it.

Sometimes my mind just glitches...
Sometimes it happens in church...
Like the preacher or teacher can say something and that makes me think of something else (in the Bible... usually) and before I know it, I'm on a rabbit trail, hunting down verses that are taking me basically down I-95 when the speaker is on I-30, so to speak. Like they can be in the New Testament and suddenly, I'm trying (unobtrusively) to find something in the Old Testament.  And somehow it's all connected in my mind in the same way that my grandma's green beans, mashed potatoes, pork chops and gravy were all blended together on her plate.  (Maybe not a good analogy because I found that disgusting, actually...:) 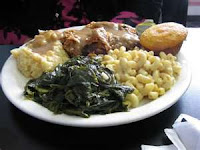 So this past Sunday, the pastor was in Nehemiah (which is a book I really like) and I found myself flipping to Hebrews Hall of Faith, chapter 11.  I didn't plan to go there and I can't tell you right now what sent my mind spinning in that direction and it's probably just as well that I can't.  Then, somehow I added to the mix what I had been learning from James 2 and voila, I had a spiritual version of my granny's pork chops, mashed potatoes, beans, and gravy: Nehemiah, Hebrews, James and some other things thrown in there as well.

As I skimmed through Hebrews 11, I saw these phrases:
"... He is a rewarder of those who seek Him..."
"... and he went out, not knowing where he was going..."
"... But as it is, they desire a better country, that is a heavenly one."
"Therefore God is not ashamed to be called their God..."
"... for he endured as seeing Him who is unseen..."
Wow.  I could almost see these people pressing forward with Jesus standing at the end of their journey. For a few minutes there, I could see myself running to Him and I knew it would be joyful beyond words to see Him!  As I sat there in church, my heart just welled up and I thought, "I love Him! And I know He loves me!"

Then I thought about a passage in James 2:
"You see that faith was working with his [Abraham's] works and as a result of the works, faith was perfected."
And suddenly I was confused.  When I first started meditating on that verse, I read it several times and thought, Ummm.... too many "w" words in the sentence; doesn't make sense.   Faith was working with his works?  What does that mean?
To me, "works" was the envelope that I had to fill out when I was a kid in Sunday School class.  You put your love offering (i.e., a quarter) in the envelope and licked it.  (I didn't like the glue).  And then you wrote your name on the outside of it. (The blank was always too small for my awkward  cursive).  And then you checked off squares that applied to you.  They seldom applied to me.

I never did well on that part of Sunday School.   Now when I got to the grace part, that was cool!  Saved by faith!  I got that and still am thankful for that truth lo these many years later!

But I digress...back to church last Sunday....
I'm sitting in the pew with the verse in James simmering in the back of my mind while looking at Hebrews 11 and listening to a sermon on Nehemiah.
And something clicked, oddly enough:)  I realized that Hebrews 11 doesn't say: Moses, by faith, read the Tanakh 15 minutes every day and put his quarter every week in an envelope marked with boxes. (All good things but not listed in Hebrews 11).
Instead,  the people in Hebrews 11 understood that God had a plan which involved them.  They also understood that He is a great rewarder of those who believe He exists and also seek Him.  So even though they couldn't see Him or even see any reward at all at the outset,  by faith they rearranged their lives in small ways and large ways in order to do what God wanted.  From our point of view, some came out well in their faith walk here on earth.  (Noah and his family were saved from the flood.)  Others didn't come out so well.  (Abel got murdered by his brother...Definitely a bummer...).    But they all believed God and then set their course accordingly.
Or as James would put it, their faith was working with their works and as a result of the works, their faith was perfected.
Or as he also likes to put it, they had a living faith, a faith that is  so strong that, even though they may have struggled with it, in the final analysis, they had to act on it to some degree.

Or as Katie Davis put it, in her book, Kisses from Katie:  she followed God into the impossible, did the little that she could, and then He performed miracles. 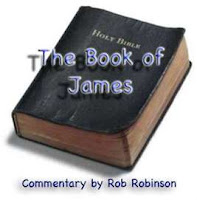