Still thinking about the Bible's Hall of Faith, Hebrews 11.
This is the thing: I don't think the book is closed on that chapter. 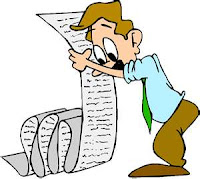 I think when the final trump sounds and we are with the Lord, that chapter will be unveiled and the list of Hall of Faith-ers is going to be loooooonnnnnnnggggg, much longer than it was when it was originally penned. And not everyone on  the list is going to be a Moses or an Abraham.
For example, I think about Sarah, Abraham's wife.  Her walk of faith took a little jog down a side path at one point in time. And I'm pretty sure she was the one who laughed out loud (not a good time to LOL outside of FB) at something God  said.  And then denied that she had laughed in the first place.  (I used to hate it when my students would do that in the classroom.  What's so funny? If it's that funny, share it with the class....  To which the child would usually respond with, "I didn't say anything...")
So besides sending her husband to um... sleep with another woman and, um, laughing at something God said, both things that probably didn't get her on  the roll call of Hebrews 11, why is
Sarah listed alongside faith-ers like Abraham, Noah, and Moses?  The writer of Hebrews says that  (apparently in spite of her mistakes) she considered Him faithful who had promised.  Which means that basically, she had to hang onto the bassinet, the bottles and diapers (no yard sale..) until she was about, oh, ... ninety or so...
In other words, the Hall of Faith-ers weren't perfect and, by the same token,  they didn't all have to give up a kingship (pharaoh-ship??)  in order to make the list.  They didn't all shut the mouths of lions (or get sawn in two... ugh!!).  Their common denominator is simply that they took God at His word and acted, however imperfectly, on what He had said.
So, for a bit, I'd like to write about people I think might be in the Hall of Faith someday.  Some I've read about, others I've heard about.  Some I may have personally known. 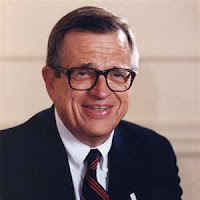 The first person I'd like to highlight is probably dying, even as I write.  He started his career as an aggressive young lawyer, made it to the White House staff and then ended up in a minimum security federal prison.  His name is Chuck Colson and he was caught up in the Watergate scandal during President Nixon's time in office.  By his own admission, Mr. Colson was guilty of breaking the law, of betraying public trust.  He went from being a powerful, influential Washington insider to a jailbird.
During his fall from grace, he met Someone who had been executed as a common criminal and that Someone, Jesus Christ, changed his life.  Even before he went to prison, Mr. Colson began to study the Bible and to follow His new master.  And even though Bible reading is not popular in prison, he persevered with his new faith while  he served his sentence.  When he had paid his debt and was ready to leave the prison, he said he would be back to visit but I think the other inmates thought, "Yeah... that's what they all say..."  But Colson truly was a changed man. He had gone from being an opportunistic, hard hitting, Machiavellian politician to a man of God, i.e. a man of his word.
He did come back. Over and over again. To establish a thriving prison ministry that had a high success rate of reintegrating inmates back into society, this time with a will to live for God.  But he did more than that.  He reached out to the children of prisoners by establishing the Angel Tree Program.  But he did more than that. Through his books and his radio program, he helped Americans see on a daily basis, how we were slipping further and further away as a society from what our founding fathers intended.
From living in  the rarefied air of the presidency to slumming in prison to a minister of outcastes, he had an interesting life, a life of faith, and a life that God used.

Which makes me think:  know anyone who has taken a huge fall from a public pedestal lately?  That doesn't preclude the person from becoming a Hall of Faith -er.  As a pastor of mine used to say, "The expression 'a bird with a broken wing will never soar as high again' is really  a bunch of bunk in God's economy."  Then Dr. Vaught's voice would rise as he would exclaim, "My friend! If God is the One who restores that broken wing, you can soar higher than you ever did before!  Because He makes us stronger than ever  in the broken places of our lives... if we will only let Him!"
I think Mr. Colson would say, "Amen and amen!"
Posted by Unknown at 1:12 PM