There are times when  I simply can't get away from something.  It may be something annoying, like a fly buzzing around my head. At the other end of the spectrum, it may be orange-cranberry-walnut pound cake which surely must be one of the best inventions ever known to man!  If we are fortunate enough to have this doughy ambrosia in our kitchen, no matter where I am in the house, I can "hear" it calling my name and I can't seem to resist.
Occasionally, the "something" that greets me at every turn is abstract - an idea or even just a word.
Right now, the word "mercy" seems to pop up everywhere I go.
In chapter 2 of James, the word "mercy" is prominent, as in "Judgement will be merciless to one who has shown no mercy.  Mercy triumphs over judgement."  This was a bit shocking to me, I have to admit,  in that  James was telling people in his own congregation that  they would  not receive a lot of  mercy (judgement will be merciless) when they stand before their God.  Why? I mean, they are in church. In Jerusalem.  And they have faith in God.
But they lack mercy.
Can a chronic lack of mercy really be that serious?
Fortunately  there is a flip side to the mercy thing and  tonight I ran across a rather startling  example in  Russell Stendal's book, Rescue the Captors.  I heard Mr. Stendal speak at a conference  a year and a half ago and I was impressed with his quiet, steadfast testimony.  But I had never read his book before, which tells how he was held captive by Guerrilla soldiers in Columbia for a number of months.
I actually still haven't read  that story, honestly,  because I'm afraid I skipped  to the back of the book (I know, I know!! You aren't supposed to do that!) and started reading some articles in the appendix simply because the titles intrigued me.  And when I got to the third article, lo and behold, I found the word "mercy."  Again!!  And the article wasn't even on the book of James...
Essentially, Russell explained that in 8 years of constant flying over dangerous jungle terrain, he never had an accident, not even a minor one.  This goes way beyond statistics for safety in single-engine flying like his and it wasn't because he never made mistakes.  He had seen better pilots than himself make a single  mistake and crash,  while he made minor mistakes but never lost it (even making the rather major  mistake of flying with a 250 pound pig who escaped its bonds shortly after takeoff... not good... But that's another story...)  He said he  has even seen missionary pilots who were not only more skilled than he was but who were  also better Christians and yet they crashed in the jungles while he didn't.
Over the years, this began to bother him and he wrestled with the question of  why?  Why was he beating the odds?  Why was he spared the trauma of crashing, even when he made stupid mistakes, while others weren't?  One day as he was praying about this and spreading it all out before the Lord, he received an answer.  He was  reminded of a time 8 years earlier, when a friend of his had become dangerously injured. At that time Russell and his friend were out in the middle of nowhere and the only  pilot there who could fly Russell's friend to a hospital refused to do so  - until they came up with payment in advance. It took them a day to get the money and during this time, his friend  nearly died.
Russell said that at that point in time, he told the Lord that if He would  make it possible for him to get his own plane, he would never turn down a legitimate need because of finances.  As he recalled this promise, the Lord reminded Russell that he had kept that promise for 8 years, showing mercy to others in need who could not pay for his services. In that quiet time, Russell said he heard the still, small voice of God saying that because Russell had shown mercy, He had shown mercy to Russell.
When I read that, I was sort of stunned but I don't know why I should have been. I mean Jesus Himself said, "Blessed are the merciful for they shall receive mercy."  Matthew 5:7.  But somehow, the verse in James coupled with  Russell's story, and the verse in the beatitudes really brought it home to me:  God loves and also honors mercy. Just as He says He will.
Bottom line:  while God is not a gumball machine or Santa Claus, apparently He's really, really serious about loving, giving and requiring mercy.
Which reminds me once again that  I should be serious about it too...
The problem is that mercy doesn't come naturally to me.  Especially when I think of extending it to someone who  has hurt me or to someone  who, in my book, just plain doesn't deserve it.  But then, I guess that's what mercy is, by definition - giving good to someone who doesn't qualify for it.
At any rate, slooowllly, hopefully, I'm learning from Hall of Faith-ers like Russell and like James, that mercy is simply not about the other person;  it's about God.
Seriously hoping that what fills His heart will begin to habitually overflow into mine and through me, into the lives of others. 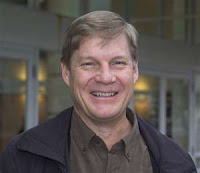