The Oil that Makes the Wheel Go 'Round...

This morning started off like any normal day but I quickly ran smack into a problem with our banking account and from there jumped off the deep end into panic mode. (Don't you just hate letters from banks and insurance companies???)   This led me to  the phone where I honestly tried to call the bank...  After several, "Select a language, then press this if you want that, then press this while remembering this conversation [which hasn't happened yet and at this rate never will happen!] may be monitored for quality control purposes..." - after listening to things like that and then being transferred three times,  frustration began to add fuel to my panic. I was spazzing, to put it mildly...
Can I not just talk to a real person here?  I fumed.  Just one soul who can actually speak plain English and tell me what I need to know???
After exploring this fruitless avenue, I decided to grab my  documents and go to the bank in person, spread all my papers out on some hapless employee's  desk and try to get some answers that way.  However,  before I did that I called my husband, explained the situation and asked him to pray. I meant that I just needed him to silently pray whenever he could but instead he stopped everything at work and prayed for me right there over the phone in a sweet, gentle voice.     He  asked God to give me peace and wisdom, to go before me as I tried to straighten things out and to lead me to the right person at the bank, someone who would really help me
I was grateful as I hung up the phone but definitely still far from being calm!
However,   for  some reason as I gathered up our papers in my trembling hands,  I decided to go back over our account information one more time and there it was -  I saw what I had totally missed before. The error was mine, not the bank's.  It wasn't a huge error - my panic had come not from the actual mistake but from the fact that I thought the bank had made it. My fear was: if the bank messed this up, what else has gone wrong?  What if this is just the tip of the iceberg? How will I ever get it straightened out???
Now I knew it was a simple issue... and that I needed to call my husband to tell him the fault was mine...
Two interruptions in one work day - the first a panicky phone call from a spouse  hyped up on anxiety and the second a mea culpa phone call from same said spouse...  Not good....
But I was able to make the second call because I know Phil.  He was sweet the first time and just as sweet the second time. He told me not to worry and  expressed gratitude that God had given me the guidance I needed. Then he  suggested I  go for a short walk because it was  pretty outside and told me to be thinking about where I would like to go out to eat this evening because this was our night to celebrate my birthday.
So with visions of Cracker Barrel dancing in my head, I went for a walk and then curled up in bed with a book and soon fell asleep.  A couple of hours later, I woke up and while the house was still quiet  went into the living room to get started on my sixth lesson on Biblical covenants. 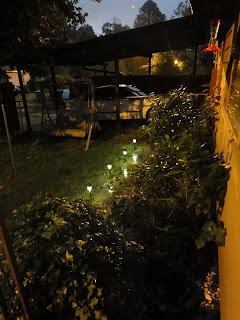 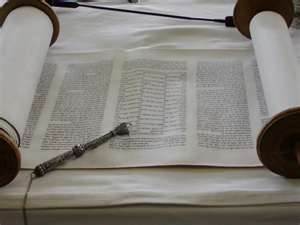 I'm so glad that God initiated the idea of covenants and that He keeps the ones He has made with us.And I'm so glad that, flawed and weak as I am, I have the option of knowing Him and finding that when push comes to shove, when I'm in  love with Him, He puts me first because I am His covenant partner.
For me, His eternal covenant love is the oil that makes my other covenant, the one with Phil, go round.
(And if you think I've used the word "covenant" too many times in this blog, you should read Kay Arthur's workbook... Trust me!)
Hoping everyone has a blessed weekend! And that you don't get any surprise letters from the bank any time soon!
Posted by Unknown at 12:18 AM