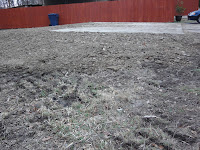 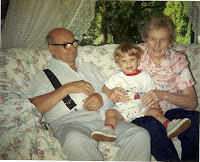 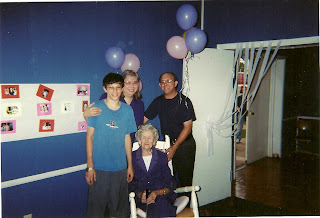 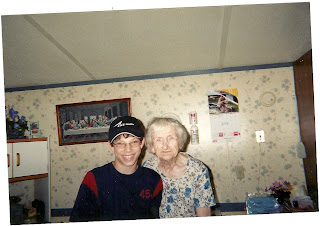 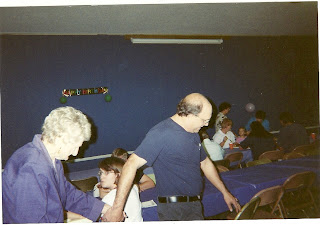 God Is not a Gumball Machine... 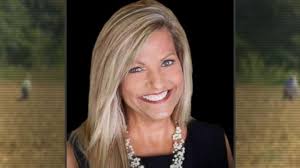 Here's to Beverly... heart emoticon
Posted by Unknown at 3:57 PM No comments:

A Fight to the Finish

1.       As the cartoon character said, “This is WAH-UR!”  In other words, we are living on an active battlefield.  A Nigerian friend once told us  that Americans were too casual about religion, that in their country supernatural manifestations were fairly common and people had no problem believing in the supernatural realm. They understood that in a war the first casualties are fence-sitters so most people in her native region planted themselves on one side or the other:  Islam, Christianity, or tribal religions.  Very few acted like religion was something they could take or leave. (When we knew our friend, she had a Masters degree from Princeton, she now has a PhD in statistical research from Penn State University but she is still very proactive about her faith).

2.      Fleshly weapons are about as effective in spiritual warfare as a popgun would be in the Red Zones in Iraq. To me, fleshly weapons include all the human tricks of the trade when trying to get our way with God and man.  Depending on our own intellect instead of leaning on God.  Verbal manipulation. Emotional manipulation. And towards God, legalism – as in, “if I do X, X, and X… then the Almighty has  to do Y for me…”

3.      Our enemy (with our compliance) is an engineering expert.  He specializes in building fortresses in the human heart/mind.  Fortresses (bastions, citadels, strongholds) are large buildings which are designed to withstand attacks. We can’t breach them but God can.  (It’s kind of neat to know that He has divine bunker buster weapons.  However, I digress…)

A.       I know this is sort of Mickey Mouse info. but the first thing we do is, um, report for  duty.  As in, we show up.   As in, we raw recruits acknowledge (submit, swear fealty to) our King.  Fresh off the farm, we hesitantly wipe our muddy shoes on the manicured grass, leave our muzzle loaders at the back entrance to the biggest, state-of-the-art, palatial structure we’ve ever seen, and humbly walk inside, awe stricken, and not sure how all this is going to work.  Think Norman Rockwell painting.

B.      Having put on humility, we hold on to it tight-fisted as if it were our only defense against the elements, twisting it like a battered hat in our stained hands.  We hang on to it because to do the opposite – to clench our pride in both hands - is the same as handing our rifle to the enemy while saying, “Ah, I’ve got this!  He’ll never shoot me!!”  Essentially pride makes us think we’re hot stuff while at the same time it transforms us into a bunch of spiritual Barney Fifes.

C.      We make sure there are no budding strongholds in our own hearts.  (The Bible calls this confession/repentance.)  In other words, it’s hard to fight the other guy when the enemy is, at least in part, us.    An effective prayer someone shared with me is:  Lord, show me if there are any lies I am believing.  Help me to admit it if I have opened myself up to deception.

D.     Ditto for grudges and/or withholding forgiveness – might as well lay out a welcome mat for the devil with the words, “Tromp all over me” written on it if you won’t forgive or can’t quit nursing a grudge. (The mind can have instant replays ad nauseam.  Trust me on this…)   II Corinthians 2:10-11

E.      We ask God to “suit us up” in the armor He provides, which is the only armor that works.  We may not be enamored of it because we can’t see it or touch it, but then we can’t see or touch our adversary either.  And the truth is that we understand the need to dress against the elements, yet we often go rushing into a Red Zone without being appropriately attired.  I mean, do soldiers in a danger zone just wear whatever they want?  I’m not sure but I think a chem suit is a little more troublesome to put on than a  panama hat and Bermuda shorts but still…  ( Eph. 6:10 -18)

F.       We read, know, memorize, and handle accurately the entire manual.  We don’t pick and choose the parts we like. We don’t gloss over or twist the things we don’t like.  We don’t make the manual say things it doesn’t say. And we don’t dismiss the hard parts by rationalizing: well, that’s for the other guys. I probably won’t need that, that’s not me…

G.     We pray (wield) the Word as the Spirit of God leads us.  Different blades, um, verses, for different situations.

H.     We go forward to battle carrying the shield of faith.  Which hopefully we’ve asked God to activate before we go charging out to dodge the flaming arrows the Adversary  pelts (on some days bombards) us with

5.       What happens as we suit up, study up, pray up?   Almighty God tears down and disintegrates speculations as if they were newspapers left out in the mud and the rain.  Incidentally,   “Speculation” means reasoning, hypothesizing, guessing, reading between the lines, and/or as one dictionary said, “doping things out”.  (Not kidding). IF we or someone we know spends most of their time speculating about things that can’t truly be resolved, that’s a pretty good tip off that the battle is on.  Our commander wants us focused; the enemy wants us distracted by fruitless speculations, knowledge that puffs up, thoughts that feed our intellectual pride but in the final analysis are essentially futile.

6.      Once speculative thought is cut off, its offspring goes by the board as well: any lofty thing raised up against the knowledge of God folds up like a house of cards because the foundation has been destroyed.   Note:  speculative thought can lead us away from God entirely, in which case human reasoning becomes our god.   But it can also lead us into pseudo Christianity, where we remake the God of the Bible into our own image instead of vice-versa.  Pseudo Christianity can present God as anything from a benevolent, never-say-no, sweetness-and-light Santa Claus to a ritualistic, nit-picking, judgmental legalist.

7.      Nature doesn’t like a vacuum and neither does the spiritual/mental world.  Once hostile territory has been taken it has to be rebuilt and maintained.  In II Corinthians 10 Paul refers to this as taking every thought captive to the obedience of Christ – our end game.  The Bible makes it clear that our thoughts are going to be dominated by one side or the other.  It hardly makes sense to be on the victor’s side and then go back under subjugation to the one who would destroy us.

8.      Finally, if you don’t know what thoughts are “keepers” and which should be deadly discards, Paul gave  us a handy check list and I think we’re meant to use it…   Frankly, although it may be heresy to say it, I think we need to use this check list even in regard to Christian radio, t.v., and internet – all of which I love but some of which is filled with speculation and inflammatory, emotional rhetoric which smacks of the enemy to me.  Just sayin’….

Anyway, here is the checklist to use regarding anything we routinely listen to, watch, read, and/or hang around (as in friendly conversation…).

Summary:
We have a stealthy enemy who is spying, strategizing, seducing, fighting, regrouping, and counter attacking all the time.
We have a commander who has given us:
ü   Instructions on how to prepare for battle.
ü   Vital intel on our enemy
ü   Supernatural armor which can enable us to stand firm.
ü  Divinely powerful weapons which the enemy cannot withstand.

This spiritual Capture the Flag is really a deadly game of Capture the MInd – ours and others – by breaching enemy strongholds and bringing every thought captive to Christ. The goal is to avoid becoming a P.O. W. of Satan and the only way to do that is to become servants of and warriors for Christ.

Posted by Unknown at 6:06 PM No comments: