Chaucer and Puddles of Ink

Who am I?
I'm the one who who made the highest grade on the toughest exam in my Russian history class and then made a low B on a simple book report because I didn't follow all the directions for the assignment...
I'm the one who was one of the "pets" of the English department (they loved English majors because there were so few of us... seriously!), but also the one who tripped going up the steps from Irby Hall  in full view of my peers and also the one who wore a brand new hot pants outfit (yes, this was the tacky 70's and I lacked sense) to class, feeling like I was a trend setter -not knowing how much of a trend-setter I was...  I found out when a classmate told me that a black ink pen had burst and was all over my brand new outfit, adorning my pink-clad derriere...  I cut class that day...
So, hmmm, yes, I could analyze Chaucer with the best of them... But I couldn't figure out that I had been sitting in the middle of an ink puddle without someone telling me...

I'm the one who taught a wonderful lesson in a difficult high school class, only to freak out when I couldn't find the alarm clock that my students had hidden in a rolled-up map.  By the time I found the thing and  shut the alarm off, the bloom of being the enthralling lecturer that I thought I was... well, it had worn off just a tad. Obviously while I was teaching my heart out, someone was surreptitiously putting the clock in its hiding place.
I'm the one who spent 40 minutes one day in the school  library, helping an inner city kid with his assignment while thinking, "Man!  I finally got through to Tony!  He's actually interested and it's because of my teaching!"  It wasn't until I was driving home, mentally reviewing that class session in the library, that  I realized that at the end of the class  four of Tony's partners in crime had been no where to be seen.  He had distracted me so that they could sneak out and take an unofficial cigarette break.  So much for inspiring the next generation...
I'm the one who can study my Bible lesson and feel soooo good about it. And then walk into class and hear a little voice go, "Do you really think you can lead this lesson after getting mad over nothing, just an hour ago?"
I'm the one who can write a blog entry that I really love -which is not true of all of them by any means - and then go around looking for my glasses while they are, not just on my head, but on  my nose....  (It helps to push them up so that they are even with your eyeballs...)
And I'm the one who can have "great faith" one day and be curled up in the fetal position the next day...
And I'm the one who can make a promise and break it in record time, usually even forgetting it completely until it's too late.

Who is God?
He is everything good and all that I am not.

How can anyone believe that they can actually become a god themselves by their own efforts?  I don't know.  All I can say is they must never have tripped up a set of stairs or accidentally sat in a puddle of ink - things I think a real god would never do.

How can anyone even  believe that they can work hard enough to please God?  I don't know. All  I can say is that they must be immune to unjustified anger, selfishness, gossip, pride, lying, not to mention bouncing around like a yo-yo in their spiritual walk. 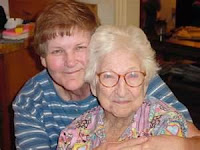 Even beyond that, how can anyone who has ever bowed to public opinion believe that they can also bow to  God  who disdains fads, political correctness, and polls?   Or to put it another way, surely a real god never has to look back and be embarrassed at how he looked in his twenties.  Or, for that matter, now that I think of it,  dread how he will look in his 70's.

When my mother was a substitute teacher, she subbed for a special ed class for a few weeks. One guy in there had the admiration of the class and, at the same time, was the bane of every teacher's existence.  He thought he was too cool for words, largely because he was a talented athlete, wore the "right" clothes, and had girls vying with each other for his attention.  Heady stuff.
One day at the beginning of class, he announced loudly that he was "king" of the classroom. My mom didn't say anything but started them on their oral reading assignment.  When it was his turn to read, he announced that he didn't know where to start.  My mom just said mildly, "Looks like a king could keep up with the reading assignment.."  The class just roared with laughter. Later she heard "the king" say to another kid, "Don't mess with that sub. I don't know how she does it, but every time you smart off in her class, she makes you look like an idiot."
The student wasn't an idiot, of course.  He just didn't recognize his limitations.  He looked at his strengths, ignored his weaknesses, and formed an exxagerated opinion of himself.

Thousands of years ago, God gave mankind a law code and people tried to live by it but repeatedly.. they failed. It was too hard to obey all the dietary laws, all the rituals, all the sacrifices, all the ceremonial observances, not one day, but every single day - from cradle to grave.

So in the fullness of time, God miraculously sent His Son to earth to live a sinless life in our stead.  Jesus did what we could not do - He met all the demands of the law.  And then, because He had never committed a single sin, He was able to shed His blood for us - He was the lamb that was sacrificed for us. In other words, He took our shame, died in our place for our sins, paid the penalty of our sins,  and made it possible for us to be covered with His righteousness.

Simply put,  Christianity is not a do-it-yourself program.  I have two college degrees and beyond.  I taught for many years. I want to do right and I know the Bible fairly well.  But I'm still the one who can sing a hymn and then turn right around and say ugly words about the driver in the lane right next to me.  I'm never going to be able to pull myself all the way to Heaven by  my own bootstraps. It just isn't going to happen.  I can be good; but not that good.

I'm also  never going to achieve divinity by my own efforts (make myself into a god by following certain steps).  And I'm never going to be at a place where I can waltz right into the very presence of holy God as an equal, sit down, take a load off  and say, "Hey, I did pretty good down there on earth, didn't I?  Maybe I messed up a few times but all that counts is what I did right!  Right? And I did a lot of good things down there, let me tell You!    I know I fought with my spouse off and on over the years and cheated at work a time or two and maybe told a lie here and there.  But, the good things I did outweigh the bad so... we're good to go, God - you and me, all the way!"

If you don't know Him and how much He loves you, if you haven't heard how He sent Jesus to die a sinless death in order to  remove our shame - if this is all new to you, then read the book of John in the New Testament. Prayerfully.  And commit to doing whatever the book tells you to do. And see where that takes you.

I believe it will take you into the Holy presence of God Almighty and enable you, by His power, to live a life that is pleasing to Him.  By His power... not ours. 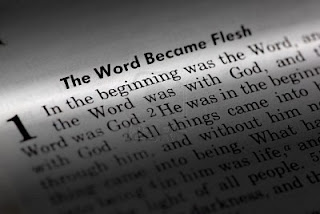