I really can't apologize anymore for falling in love with Katie Davis's book.  I know the book is nothing compared to the Scripture -that's not even an issue for me.  At the same time, I know God is blessing me through the recounting of stories which graphically show   how God has used one simple, basically untrained  person to work in a profound way in Uganda.  I know that Satan won't like this and I pray every day now that God will protect Katie, her children and the ministry and keep them all close to His heart, Scripturally  grounded as they are now, and also keep them as unscarred as possible as they fight this important battle for the lives of  victims of extreme poverty. I know there are many Katies out there on the front lines and I thank God for this. I know that, still, we need more.
Undeniably, every time I pick up this book and re-read something, God speaks to my own heart.
However, make no mistake:  He doesn't impress upon me that I'm supposed to be another Katie.
What He does impress on me  is the fact that I can start off my day the way she often does -  by asking God to lead me to some person He wants to help, to someone who is on His heart for that day, that hour, etc.  Katie freely acknowledges that she cannot fix Uganda and that just the needs around her in her own village are often overwhelming. But that God has shown her that all He asks of her is to  move forward and deal with one person at a time , making herself readily available to be His hands, His feet, and His heart, to move as He prompts her to reach out to this child or this mom or this addict or this very ill grandmother, knowing that He loves each one deeply and desires an intimate relationship with them all.
Again, I can't go to Uganda and I have never had a heart for young children the way she does.  When she was 12, she wanted to be another Mother Teresa. When I was 12, I started writing my first mystery novel.  I'm sure you can see a difference there... :)
Over the years, I have found that God, for whatever reason, has also given me a heart for people who need encouragement or who need His mercy in their lives.  The gifts He has given me,however,  are far short of spectacular; they are actually very simple and humdrum. I can't do blood and infected wounds or handle tons of hungry people  or whatever...I can take a bucket of Kentucky Fried Chicken to someone who is sick. (If I don't like them, I can actually cook for them.. not kidding!  Cooking is not my thing... So I always pick up prepared food or "cook" frozen casseroles from Sam's.  It always seems to work...:)
I can also write encouraging notes or e-mails.  And I, like Tim Allen in the first Santa Clause movie, seem to attract people. In the movie, kids recognize he is Santa Claus and at ball games, line up to tell him what they want for Christmas. People don't line up to talk to me but maybe because I have a generic, non-threatening face, sometimes a total  stranger will pour out their heart to me in the most unlikely  places - the women's locker room at the Y or  in a line at the grocery store.When this happens - and it doesn't happen often -  I just listen and tell them I'll pray for them.  Once in a great while, I'll get up enough courage to pray with them.  But that's basically it.  They go their way and I go mine and  I never see them again.  Still, on the rare occasions when this happens,  I am encouraged because I know God brought us together for a reason.
Since I've been re-reading Katie's book, I've started off a few  days by  asking God to lead me to whomever is on His heart, whomever He wants to touch that day through me.  On at least two occasions, I have seen clear evidence that, against all logic, He has led me to the right person at the right time.  What I say to them or do for them is like a band-aid on a broken leg, maybe.  Bottom line:  there's nothing I can say or do that will fix their problems just as I cannot fix my own.
But the very fact that He leads me to someone who is hurting when I have no idea what is going on with them and in one case, didn't even know the person's name, let alone their circumstances, - that fact alone awes me. It shows me that A) He is real and He does answer prayer, even orchestrating things in a way that no one else could do.    And B) although I really can't do much for the person He leads me to, I can know for sure that that person is on His mind.  The Bible says in many places that God takes note of the distress of His children. And truly, He does.
The deal is: I want them to see Jesus and I want them to see whatever I say or do as evidence that He is reaching out to them, that He is entering into their suffering, as Katie would say, and that He is actively working on their behalf.
And I want to see Jesus too.
And when I pray this prayer and He sees fit to answer it, I do get to see Him.
And I can only trust and pray that they get to see Him too and that I don't get in the way of that. 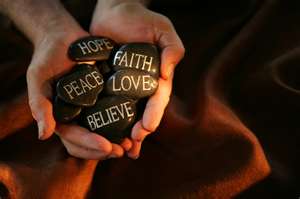 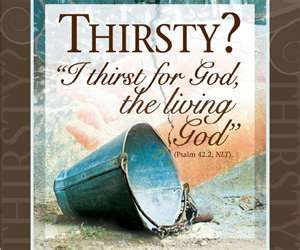