Tonight a very courageous follower of  Isa Jesus  has been once again sentenced to die simply because He has accepted God's love, God's provision for His sin, and He wants to follow God no matter where it leads.
Sometimes a person may sacrifice himself in order to try to gain something, to get something for his family or even for himself in life after death.
This is not the case for Pastor Yousef.  He  is willing to sacrifice himself because he has already found something.   Something so precious that, although he wants to live for his family, still, he would rather die than give up what he has found.
What has he already received  that is worth losing everything for?
It is the very real love of God.
Isa Jesus said that if anyone wanted to know if His words were from God or not, then simply listen to them and put them into practice. After doing this for a while,  a person will know for sure if His words are simply the teachings of man or if they are truly the teachings of God Himself.
If they are just man's words, then they should not be followed. If they are God's teachings, then they should.
In the New Testament, the Injil, the book of John, is a good place to start for anyone who would like to understand why Pastor Yousef, who loves life and who loves his family, still, cannot turn his back on a great and holy God who loves him deeply and has forgiven him completely. 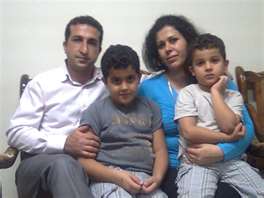