Ten on the Tenth

Although 9/11 is on my mind right now, I want to write about something else for Ten on the Tenth.  Tomorrow I will get the privilege of sitting in with three neat teen-age girls after church for homemade pizza and some after-church discussion.  I have been thinking about what I would like for them (and every teen-age girl) to know - really know, deep down inside.  And this is what came to mind. 1.  I would like for them to know that self-image really, really does count.  Of all my friends in college, the one who was really the most beautiful and the sharpest, didn't finish college.  No matter what we said or did, she was honestly convinced that she was ugly and slow-witted. She had grown up hearing this and she didn't doubt it.  When she would comment on how ugly she was, she wasn't fishing for compliments; she was just calling it the way she saw it.  Sadly, she married the first guy who asked her and pretty much told us that she thought he would make a good husband even though he didn't love her.  We were stunned - we knew she could have had anyone she wanted.  But she didn't know that.  Self-image counts.
2.  Having said that, I would like for each girl to know that she is made  "in an amazing and wonderful way."  Not my words.  Psalms 139:14.  The Psalmist went on to write "You saw my bones being formed as I took shape in my mother's body.  When I was put together there, you saw my body as it was formed.  All the days planned for me were written in your book before I was one day old."  Society today saturates young girls with unrealistic images of what they should be.  God is pleased with His work and that includes every one of His girls. I think knowing this would take a lot of pressure off.
3. I also think that every girl wants to be cherished.  Zephaniah 3:17 is about Israel but I think it is also true of how God looks at His children.  ".. .He will rejoice over you.  You will rest in his love; He will sing and be joyful about you."  When things are going wrong, someone snubs you at school, or even worse, gossips about you openly. When you don't have a boyfriend and everyone else does, the God of the universe knows your name, has His eye on you and is rejoicing over you.  Problems at school and in your love-life come and go. His love remains constant. Every-single-day, you-are-loved!!!!
4. I also think that when someone hurts you, God gets ticked.    Psalm 17:8 says, "Guard me as the apple of your eye." I once heard Beth Moore say that when someone hurts one of His children, that's like poking God right in His eyeball.  Do you think He could ignore that??  If you get hurt, even if it's because you used poor judgement and made a bad choice, He doesn't take your pain lightly and He won't forget. The Bible says that He stores our tears in a bottle and I'm thinking that you don't keep something unless A) it's precious to you and B) you plan to do something about  it later on. God has stored every one of your tears and sooner or later, He will do something about it.
5.  Which leads me to the next point I want to make. You are not the sum total of your choices.   Someone not too long ago reminded me of the analogy of the dollar bill.  The story goes like this:  if you take a dollar bill and crumple it, stomp on it, rub it in the dirt, etc., it's intrinsic value remains the same.  It's still worth a dollar.  Your intrinsic value comes from God who made you. Wrong choices don't change your worth. They may make life harder but they don't change who you are deep inside.  If you make a bad decision, you are still the same person you were before you messed up.  Pick yourself up, remind yourself of who you are (and Whose you are) and go right  back to where you were before you fell. Don't stay down. Reclaim the  higher ground.
6.  Which leads to the next point, which is that we have an enemy who is described by John as the Father of all lies. Not a cool title to have, I wouldn't think.   Too many times, when you make a wrong choice - whether it's large or small in nature - the enemy is right there, ready to  whisper lies such as - "You are stupid. You'll always be stupid.   Now everyone knows you are stupid (bad, ugly, tactless, etc.   - the enemy has a ton of adjectives!!! He could pass Senior English, no problem...)  Now the good kids won't want to hang out with you.  And if your parents find out, you are toast...  So whatever you do, don't tell them!"  But the thing is, I don't like to be lied to. And I'm sure you don't either. In John 8, Jesus promised that if we would study His word, we would know the truth.  The Bible is like a radar that picks up on lies. Like a lint filter picks up on lint.   Try it and see. It's important that you know the truth and that you don't fall for lies.

7.  Which leads to the next point.  The Bible says that we all experience the same temptations - nothing that comes your way is new.  If everyone is tempted in various ways to mess up, then you are not the first or the last to fall for some lie. But the Bible also says says that He will make a way of escape in order to help you out of the tempting spot you are in if you will turn to Him for help.  Bottom line: if you think you are the only one who has messed up  - again whether it is large or small - think again.  Most people don't write their mess-ups in neon letters on billboards. Or on Facebook for that matter.  And if you ask God to help you each day before the  temptation comes to gossip, compare yourself unfavorably to other girls, worry, cheat on homework or whatever, He will help you dominate from the git-go!
8.  Which leads me to the last point.  What do you want out of life?  These are a few of the  things God offers.  First, He offers joy.  Not any joy.  But the joy that wells up within Himself - His own  joy!!!  John 15:11 says that He  wants to see His own  joy come to completion in you. Do you want to laugh, sing, dance for joy? Whether you realize it or not, God wants the same for you!! 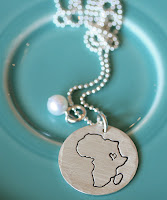 9.  What do you want out of life?  A boring, settled-for life or life in all it's fullness?  When I was a teen, we used to hear about how sometimes people would refuse to surrender their lives to God because He might make you go to Africa as a missionary or something.  First, He'll ask you to follow His plan for your life, whatever that might be - but I don't think He makes you follow His plan...  Second, let's say you consider Africa the worst thing He could ask you to do and ... darn it.. that's what He lays on your heart.  Hmmmmm.... some of the most exciting stories I've ever read are about people who follow Christ to exotic lands and find themselves doing what they've always wanted to do... even if they didn't know it when He first called them!!  So look at older people who were once  afraid to surrender to Him - and didn't.  Then look at people who weren't - and did.  Talk to them. Ask them if they had a chance for do-overs, would they take it. You might be surprised by their answers. Whatever you do, read John 10:10.
10.  Soo...what do you want out of life? ?? God offers a lot.  We'll look at one more: light for the next step -  which college, which job, whether to break-up or not to break-up, whether to date or not date, whether to marry... you get the picture.  Basically, in James 1, God promises to give you wisdom. And it even says He'll give generously and without reproach if you just ask in faith.  So if you know Jesus, ask Him to give you wisdom. And keep asking and  waiting and asking...  until He gives you the answer.  AFter all, He's the only one who can see into the future. So His advice counts!!!
There are so many other things He offers but ....I've run out of numbers... My Ten on the Tenth is done. If you wonder what else He promises, read the Bible, get out your promise book, take Him at His word.
Posted by Unknown at 10:06 PM