Don't Step on the Gas or the Brake... 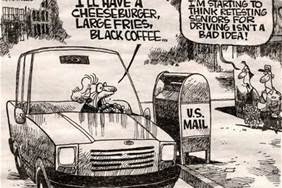