In the Arena by Isobel Kuhn 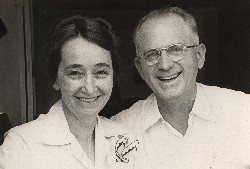 We love platforms.
We use the expression "take center stage" and by that we mean something good.  The implication is that all eyes are upon us - this is our moment!  Simply put, we want to be in the "limelight".

A dear sister (whom I've never met) wrote a little book called,  In the Arena.  This lady, Isabel Kuhn, was a missionary to China during WWII and under those harsh circumstances, she often found herself doing things she would never have considered back at home - such as bargaining to ride in a stranger's truck over mountains in order to reach her children who were in a school thousands of miles away.  Back home in Canada, a truly feminine, well-brought up wife and mother never hitched a ride, let alone in a war zone, traveling alone and unprotected.  But as she put it in her book, a mother will do many things to get to her children.
Still, it was hard.  And as she sat silently in a beat up truck with a rather rough-looking man, she asked the Lord why she was having to do things like this. And immediately the Lord gave her these words from the King James Bible - "For I think that God hath set forth us... last... for we are made a spectacle unto the world."  (I Cor. 4:9)  Well,bouncing around on isolated mountain roads, trying to look confident lest her traveling companion decide to take advantage of her, she certainly felt like a spectacle.
Through this experience and others, she came to realize that the world is, um, not a stage per se, but an arena. And within this arena there are platforms upon which God's children are sometimes called to stand, not to the adulation of the crowds but to the opposite.
Why?
Isabel writes:  "The purpose of the arena experience is not for our punishment; it is that God might be revealed."

Okay... Revealed to whom?  Who sees the power of God as it is revealed through our platform experiences?  The answer is both  watchers visible and invisible, both men and angels.  We are in the limelight  as we stand on platforms created by spiritual struggles that swirl all around us.
Sometimes the platforms that we are called to stand upon (for a time) simply make us very uncomfortable.  Sometimes they go beyond "uncomfortable" and can be classified as fiery trials. When Isabel wrote this book, she was slowly dying of cancer in the late 1950's and it was upon this bed of sickness that she could see clearly how God had used each "spectacle" event in her life to show forth His power to others as well as to herself.
She goes on to reference a Bible lesson that she learned many years earlier from a teacher named Vanderbreggen.  He  explained that the well-known verse Phil. 3:10 actually should be read in reverse order.  The verse itself says:  that I may know Him, and the power of His resurrection and the fellowship of His sufferings, being conformed to His death;

Mr. Vanderbreggen said that in real life, the verse plays out this way:
1.  The believer is put in a situation where they have a choice - to act like Christ or not.  His will or theirs...  When they choose to respond the way Christ would, they are suddenly on a platform in the arena, dying to self.
2.  As they live out that choice, they experience suffering.  But with the suffering comes a sweet surprise - a deeper fellowship with Christ than they have ever known before, the fellowship of His suffering.
3.  Eventually the power of His resurrection will be manifested through this experience and the trial will come to an end.
4.  But the final result will be lasting - a deeper knowledge of Him whom we love.
How does this work out in real life?
Well, this is what the book is all about. Each chapter is about a different platform that Isabel was called to stand upon during her 57 years on this earth.  And each time, her platform experiences yielded the sweet fragrance of His love to those around her and eventually yielded resurrection life in her own walk with the Lord.