This week was one of  viruses, predicted tornadoes, pollen turning the air yellow, dogs breaking out of the back yard fence (again!), a messy house, tons of laundry, and taxes due .  Let us say...my thoughts were not always the best... :)

Long about Wednesday, I decided that I needed to spend some time with an old friend and that has made all the difference in my outlook.  My circumstances didn't change - in fact, they got worse.  However, I downloaded several books by Isabel Kuhn (my paperbacks are somewhat worn) and "climbed" into them, revisiting Isabel's life story, retracing her steps through agnosticism to faith and then journeying with her through the rugged mountains to live with the Lisu tribal people of China.

Who wouldn't want to "travel" with her? Or spend several hours "in her presence", listening to her stories?   Who could complain about loads of laundry and such after reading say, the chapter called "Small Harassments"?   These "small obstacles" cropped up every year just as the Kuhns were getting ready to hold their annual Rainy Season Bible School - imagine that...  The first year it was things like the laundry girl getting sick and the new goat herd proving to be unreliable, just when native students were coming  in from nearby villages for the month-long school.
Then as WWII threatened to engulf them in the Salween River Valley, the "small harassments" included things like rumors of Japanese "just across the banks".  Was this information accurate?  Even if it wasn't, would the students in the west bank villages be brave enough to leave their homes, knowing the Japanese could still come in at any time and cut them off from their loved ones?
And then there was the time when Isabel's husband was traveling, she had a baby on her hands, and the missionary teacher, Charles,  who was subbing for her husband came down with rheumatic fever.    Isabel was staying up late with  a colicky baby, trying to care for the students who were temporarily "boarding" in the Oak Flat shelter/dormitory, and she was taking meals to the missionary who was sick, which meant traveling through rain and mud to get a plate of food to Charles three times a day.  Often she said her hands were shaky as she carried the meal to her co-worker simply because she was running on so little sleep. 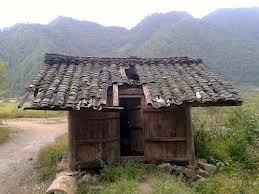 One Sunday evening, her co-worker was in a lot of pain but Isabel's helper, Eva, who usually gave  shots, was in church.  So Isabel took the one hypodermic needle she had and blew on the coals in her kitchen fire to try to get enough heat so that she could sterilize the needle.  Although she lived in China for  a couple of decades, she said she never got good at starting fires and keeping them going!  After struggling with the coals and getting the needle as sterilized as she could, she slogged back to Charles' mud hut in the darkness and confessed that she had never given anyone a shot.  He replied, "It's easy!" and then  took the hypodermic and pushed the plunger to show her how to  make sure there was no air bubble in it.  Only he pushed too hard and the needle popped  out and  flew right through the open window, landing somewhere in the muddy slope beside his hut.  She had no choice but to go outside in the dark and sift through the mud until she found the needle. Then she had to go back home, build up the fire from nothing this time, re-sterilize the needle, and go back up the slope to give the shot.
Small harassments?
What a crazy life to live, right? 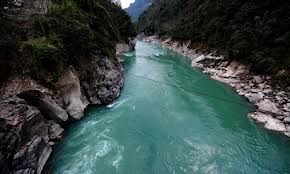 Wrong!  It was in just such circumstances (and I haven't even told you about the year when a communist spy began to harass the Christians in the area and it looked like the school would start off with no teacher, no paper, and no pencils..) - it was just in the midst of these obstacles that the Rainy Season Bible School flourished and even expanded, year after year.  Every year it was larger than the year before.

What  Isabel learned through these years of testing on the "platform" of "Small Harassments" was that when God commands, His children need  to move forward by  faith. (If He hasn't commanded you to do something - don't move forward! But that's in another chapter of her book...)
No paper, no pencils, no teacher, and possibly no students?  Pray!  And if God confirms that it is His will to have the school, then get ready!  Do everything you would do if you knew for sure the teacher, students, and supplies were already in route because in God's eyes, they are! (And truly, everything did come in time for the school to happen - but that is another story..)
During one of these Bible school times of testing, she said that Philippians 3:21 helped her greatly. From this verse she understood that God is able to bring everything under His control.  So when circumstances caused rebellious thoughts to enter her mind, she would cry out, "Lord, you said 'everything,' that must mean me.  Then control me, control this flaming resentment, O Lord, I pray!"
She said that He always did - right after He met with her in the midst of her struggle.
Later in the book, when discussing another platform that God called her to stand on as His witness, she wrote that she was worried about the uncertainty of the immediate future. Another missionary,  Alice Wishart, said, "Oh, the Lord will have something waiting for us.... He hasn't brought us all this way to desert us now."  Within in a short time they had the provision they needed and Isabel said she never forgot Alice's words.  Over the next years, every time she came to a "corner" that she couldn't see around, she reminded herself that God would have something waiting for her.
She went on to add that this was Scriptural and then she refers to Psalms 59:10, which in one version reads,  "The God whose love meets me on the way."
Clearly His love met her on her way over and over again.
Hiking over the mountains of  spiritual conflict?  Faithing it through the valleys of uncertainty?  Isabel's stories make good traveling companions, I promise! 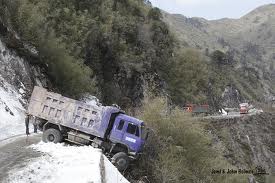 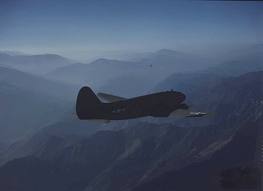