This has been a good Mother's Day but a bit weird.  Phil took me out to eat twice!  Once for Mexican and once to Cracker Barrel, both favorite places with me, which probably says something about my personality but I wouldn't like to find out what...  At any rate, we've sort of celebrated over a two-day period and I, for one, never say no to being pampered!
On the other hand, we've put some "house projects" on a fast track and things always get messier before they get better. So right now, Phil is masking off the kitchen to paint it - something we've been planning for a while. (He's already warned me not to get too enamored of the blue masking tape because it's not going to be a  permanent fixture - he likes neutral colors (beige, browns, etc) and I love bright colors.   And really, I do sort of like the bright blue masking tape but I'll resist temptation...)  So kitchen stuff is in the living room...  Spare bedroom storage stuff is in transit towards the outside storage building, being put into plastic containers and labeled ...

At the same time, neighborhood kids have been in and out this weekend.  (Someone had the rims off their bike stolen and then somehow, said rims magically reappeared only to have the whole blooming bike disappear and then magically reappear... Basically kid drama that somehow escalates into tears and lots of animated discussion and then, thankfully, fizzles out...).  David's friends have been in and out this weekend.  So we have young guys and tall, muscular guys - usually with a bird sitting on someone's shoulder - and somehow the grown-up guys help the smaller guys solve their dilemmas while our door literally seems to be a revolving one at times and our phone rings off the wall.
And for some weird reason, I like this (all except for the phone part).  Even though it can be stress at times, I just like having a full house, young people coming and going. (But I have to admit that I also like the fact that David and his friends can drive themselves where they need to be - I've done my time as carpool mom!)  So the coming and going, guys lifting weights and then playing chess on our small kitchen table while Skyping friends overseas; boys complaining about bike thieves who turn out not to be bike thieves, wanting their tires aired up when the bikes turn out just to have been borrowed; kids  wanting to tag along to the gym with the older guys; everyone deciding that David's bird should really be called Frost Bite because  Snow Flake got a little stressed by all the coming and going and showed his displeasure by trying to bite the multiple, proverbial hands that were offered for him to perch on-  all of that has been part and parcel of my Mother's Day Weekend:) 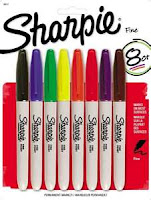 In the midst of this, I've had some sinus stuff stuff going on which is par for the course for Arkansas in Spring. (Not to mention summer, autumn, and winter). But I had medicine so that wasn't a big deal. In other words, things were rocking along pretty normally for our household when last night, at 10:30, I got what seemed to be a great idea. I was going over a book study that I was going to teach today after church, reviewing  the main points of the lesson, when I suddenly saw a way to revamp the entire thing.  I won't bore you with the details but somehow, this led to me being outside at 12:45 a.m., barefoot and in my housecoat searching for rocks.  That I could write on.
And that's how my son found me when he came home from the movies - his overweight, geriatric, barefooted mom gathering white rocks out of the flower bed in the wee hours of the morning.  (It's hard to write legibly on a rock with a Sharpie, in case you are wondering...)  I don't know if it's good or bad that he pretty much took this in stride, simply asking me if everything was okay and then going inside when I muttered something about needing rocks for the book study.:) Phil said I should have told him that we were losing our rocks around here... 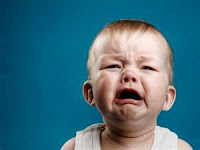 This morning I woke up fairly early, still wired about the upcoming lesson, trying to fit it all together in my mind. I went for a walk and worked on memory verses out of James 3 to try to get my heart stilled and focused enough for worship.  And then the day was fully launched  - Sunday School, worship service, book study!  Sunday school was good as it always is.  During worship, I did my last session in the nursery for a while and really, couldn't seem to do anything right.  If I picked up a baby, their little face would screw up and they'd start wailing. Not kidding...   Someone else could take the child and they'd be fine.  If I tried to give a kid a bottle, they'd push it away and start wailing. If I tried to burp them - you guessed it - they'd start wailing.  I didn't even know how to fix the one bottle that I had to fix; clearly, my knowledge about little ones is totally obsolete.  The only thing that hadn't changed since my day was diaper changing.  I guess even modern technology can't transform that chore. So I changed one diaper successfully and that was about it.
Then straight to the book study where everything (thank you, Lord!) fell into place and the rocks, the band aids (super-size, no ouch ones - also part of my midnight brainwave for the lesson, also something you can write on - a bit easier than the rocks, actually) - at any rate, it  all seemed to work together well to get a single message across - that God brings good things out of the hard places in our lives. (Romans 8:28).   And then a late lunch as well as  a long nap before getting up to speed on house projects once more.
Really, this whole weekend has been like a kaleidoscope of faces, voices, activities, angst, laughter, headaches, frustration, satisfaction all jumbled into one short time period.  And now, as I reflect back on it all, I wish I could freeze frame it and keep it  for a while.  Because I know some day the house will be too still and too quiet, the birds, kids, bikes, insults, laughter, and tears will be just echoes in my mind and nothing else.  And I know that when that time comes, I will miss all this.