I don't know if you ever feel like you've just "missed it" - like when the rest of the world was turning right, you somehow went ... left... and got ... left...
When I was in my twenties, I thought everything would be great - I would teach until I married, then I would stop work and have children and they would grow up to be doctors, lawyers, or whatever and get up every day thanking God that I was their mother... ha!  And my house would be large and beautiful and always clean....
Somehow, I didn't envision marrying late in life, having one child, working until I could take early retirement only to find that when my days were finally free, my knees creaked and my feet dragged and my mind almost always has something on it but... sometimes I only know that by faith because I can't remember what was just flitting through my mind ten or fifteen minutes earlier:)
This morning I woke up early but just lay in bed, thinking, which is not always a good thing.
First, I thought about how, comparatively speaking, I haven't done much with my life. Then I thought about how it's not a good thing to be living in a tiny house in a declining neighborhood as we approach our sixties and that somewhere along the way - many times along the way probably - we should have done things differently.  In short, we had "missed it".
And then I remembered something I heard 23 years ago on a Sunday morning: the phrase "gossiping the Good News".  That morning I was impressed with the phrase and the idea - I'd never been one to want to beat people over the head with the Gospel but I felt I could just be myself, hang out with my neighbors, and when the occasion arose,  chat about the Good News, about what God was doing in my life.
The man who lived behind us was pretty wild and at that time, we had no fence around our property. When I married, my husband warned me that *Joe (not his real name) was rough, had women over a lot, and rode his motorcycle right up a ramp into the living room of his small house. Also that this big burly guy had two Dobermans who had been trained to attack and they also  lived inside the house with him (which was smaller than ours).   Phil cautioned me that one night, before we married,  Joe had  let these dogs out and they had come running across property boundaries towards Phil as he was watering the backyard, not barking but intent on doing bodily harm.  All Phil could think to do was to pull out his pocketknife and charge them, yelling.  It did the trick thankfully.  After he warned me about this, I was always careful to watch for the dogs, especially at night -  but I never saw them so I figured it was all good.
This particular Sunday afternoon, I was fired up by the "gossiping the Good News" sermon and when I saw Joe come out into his yard, I felt God was  nudging me to go introduce myself to him.  I told Phil what I thought and he said he would go with me but I told him it was okay - I felt I could go by myself.  So he cautioned me to be careful and not to get out of his sight.  (Phil was working in the yard at the time.)
I did go over there and introduce myself, wondering how I would broach the topic of Christianity ev-vurr with this guy, thinking a lifetime of chatting with him over the proverbial fence would not be enough time to get my courage up. And then,  to my surprise, he asked me if I knew the Lord!  I stammered out  a "yess...." and asked him if he knew the Lord also.
He did!
It turned out that  a year or so earlier, he had become deathly sick.  His party friends just left him alone in his house and didn't send any help his way - why I don't know. He lay there for two days, unable to help himself at all.  Finally, his mother came to check on him, found him in terrible shape, and had him transported to the hospital. While he was there, the doctors told him  there was basically no hope.  But one night, he said that Jesus spoke to him, distinctly, clearly, and with authority. And the message Joe got was "This is your last chance to believe and repent."
I've never had an experience like that myself but I figure the proof is in the pudding and there was proof in Joe's life that something radical had changed him. To the doctor's surprise, he got well and walked out of the hospital on his own two feet.
The Sunday I met him there were no Dobermans around. Instead, he brought out his cat which - honest to goodness - was named Fluffy!  When I talked to Phil about all this later, he was astounded but then we both got to thinking and realized that there had been no wild parties or vicious dogs  over there for months and months. In fact, I had never seen any evidence of any of that since I had been married to Phil.
Over the years, this man would greet our son often over the fence we did eventually put up - not to keep Joe out but to keep our small son in and away from the street traffic.  David would run to meet Joe whenever he heard the guy drive up in his truck and we would hear Joe telling David, "Son, whatever you do, listen to your parents and do what they tell you to do. I didn't do that and I messed up my life. But God has put it back together again." 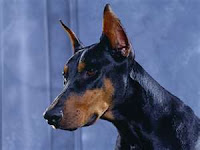 What a great encourager he was to our son! 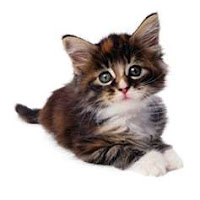 And what a tragedy it would have been had he died alone in the house just on the edge of our property. This first attempt to "gossip the Good News" with a neighbor  spurred me to continue to do that  over the years.
As I lay there this morning and thought about the neighbors we've been friends with - some very much like us - some very much like Joe who owned the Dobermans or worse - I knew that we've been right where God wanted us to be all these years. I really felt that God was saying to my heart that He kept us here (and a few other families like ours) to establish a beachhead so to speak in an area that needed one.
Bottom line, I woke up this morning feeling like "we'd missed it" and I got out of bed knowing that we hadn't...
Posted by Unknown at 12:57 PM