I've been thinking about prayer a lot.  And I'll share a secret fear I have: namely that when I get to Heaven my path to God's throne will be strewn with prayer lists and promises of prayer that I failed to "make good" on.  I wonder if anyone else out there knows what I'm talking about?
Right behind that is the fear that I'll be busted out for going days (as in plural) with just arrow prayers - sort of tipping my hat to God as I sprint through my daily tasks as if a pot of gold waited for me at bedtime, but only if I get the important things done such as bed-making, dish-washing, committee-attending, grocery-shopping, paper-grading, and least but by no means last  -my favorite - stamping out fires... only if I get all those things done.
People sometimes look at me and give me positive feedback - maybe calling me a prayer-warrior or something like that. If they could follow me around and observe my prayer life, I would quickly drop from the head of the class in their eyes to the bottom.
As I look back over the times when God has really spoken to my heart, I see several things.  Mainly what I see is that  I had a goal of trying to get alone with God 1 or 2 times a week and for the most part, I was making it.  One or two times a week????   We're supposed to be spending quality time alone with God every single day!!!
I'm telling you, I seldom have ever made that goal.  Especially when I was working full time.  And for it to even happen, I had to get away from my house.  I'm not kidding.  Was I like the old woman in the shoe who had so many kids she didn't know what to do?  No.  Actually I just had one. Kid that is, not shoe.
Were we involved in church work and ministry?  Yes.  But is that supposed to hinder your prayer life?  Um... No, I don't think so...
The truth is that when I was teaching high school full time, raising our one child (and his friends also it seemed), doing some form of ministry, trying to get the pets to the vet, taking care of an elderly parent, working at keeping the house one step above the level known as "condemned", and, most important, trying to remain sane, I had to resort to desperate measures to get in even one or two good quiet times a week.  For a while, I climbed up in my son's fort in the back yard, booting him and his little friends out of it,  before telling my family that unless it was an emergency, they could disturb me in the fort only on pain of personal injury.  In other words, if the interruption didn't constitute an emergency by my standards, I would hurt them.  (Talk about being spiritual...)  Yet, for a while it worked. 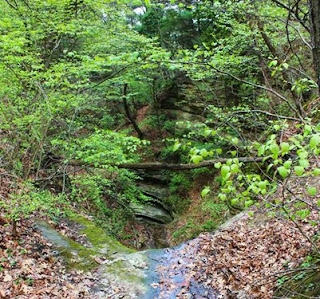 When we began to do international ministry, I left my home entirely in order to have quiet times. During those years I went to the Oasis Retreat off Kanis (it's no longer a retreat area) and had a quiet time routine that went something like this:  first I hiked the trails, grumbling and whining to God out loud for most of that time.  I'm not kidding. Those were the days of menopause, insane school requirements (for myself and my son), and a whirlwind of ministry activities. Then I would either end up at a wooden cross on a small hill towards the back of the property or I would wind up in a prayer deck overlooking the water.   When I was fairly desperate, I went to the cross, sat down in the dirt at the foot of it, and sometimes literally hugged it, pretty much begging God to beam me up before the next load of laundry, essay tests, and kids (both American and international) had to be dealt with.  When things were a little calmer, I would go to my favorite prayer deck, sit on the railing with my back against a tree, read my Bible, pray, and even sing a little.  Oh, there was one other option.  When things were really, really bad, I would go to a secluded prayer deck, throw myself face down on the wooden planks (you can get splinters that way) and just beg God over and over to help me, us, them, whoever.  At those times, my prayers were barely coherent.
For several years I did that once or twice a week and looking back, those were times when God "answered" some of my prayers in tangible ways and when I often felt very close to Him.  It was during that time of my life when the trip to Minnesota (see last blog entry) and a few other things like that happened.
So as I reflect on my past prayer life and various answers that stand out in my life, I see the obvious: that time alone with Him is crucial. And for me, while I'm sure it would have been better had it happened every day, the truth is that He was gracious to me and met me when I went to the effort to get alone with Him even once or twice a week.  The rest of the week, I did arrow prayers in the car, in bed, etc.  And I tried to meditate (with varying degrees of success) on Scripture verses - again in the car, during morning duty, my half-hour lunch, while I was washing dishes, and/or at bedtime. Sometimes, going over and over a single memory verse became my prayer - my only real prayer - for an entire day. Probably more times than I can count, that was the case.
I've never been a prayer warrior; I've never come even close to developing callouses on my knees; and I've "failed" more times than I've ever succeeded at having quality time alone with God.  (If you'd like, I'd be happy to tell you about the time I was on my knees beside my bed at 5:30 in the morning,determined to do the prayer thing  "right" when I suddenly came to and realized that my ink pen was still in my hand but the last word on the page had somehow become a long, angular line of ink trailing across the page in my spiritual journal.  I woke up just in time to keep from "journaling" all over my bedspread...)
Just for the record, as I try to continue to blog about answered prayers for a bit, I wanted to set things straight.  I'm not a prayer warrior, a candidate for saint-hood, or someone you want to emulate.  I'm just a very flawed person who can testify that God graciously answers prayer, not because of who I am but because of who He is.
This saying is true:  God writes straight with crooked sticks.
That would be me.
I don't ever want to forget that and I don't want you to forget it either. 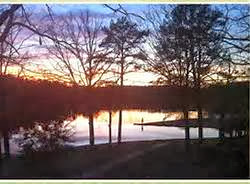