With Dmitry's Example before Us... 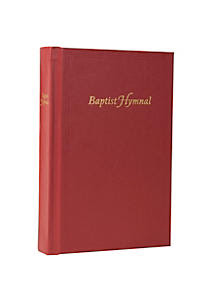 Wow!  Okay!  I got that!  Stand at attention first thing in the morning, face the rising sun, and sing directly to my King and Savior.  So I tried that yesterday morning. To my surprise, I couldn't sing my favorite hymns from memory.I could only sing snatches of them.   Hmmm...
Guess what?? Yesterday I went to Lifeway Christian book store and bought a 13.00 hymnal. This morning I was standing at the window, facing the sun,singing a hymn.  (I don't know if God is insane but I kinda hope He's tune deaf... JK).
Which leads to the next thing.  Wherever I go, I have my Bible and some index cards.  Thankfully, I don't have to grub around in the dirt when the guards aren't looking, to try to find a bit of charcoal and a remnant of a piece of paper.   I have a habit of  writing  out verses on these cards from time to time, thinking I  will memorize the passages later. Sometimes I do get around to memorizing them but I have to admit that I've written out far  more verses than I've ever committed to memory.  Still, just writing them out has often proven to be a blessing. Now, I plan to make that part of my daily routine as well.
So what about a vacation-turned into something that is not a vacation?
What about pain when we expected pleasure?  Tension-filled days, sleepless nights, and worry when everyone had told us (and we had agreed!) that we needed a break!
Well,clearly, this is not the break we had in mind /=       But after reading about Dmitry and his 17 years in prison, I don't think we'll be complaining any time soon!  Would you??

Instead, we'll be standing at the window (it doesn't hurt so much when Phil stands still...ha!), singing off-key:   "Blessed be the name of the Lord..."
And  we'll be writing down some lyrics or verses from memory which means we'll be intentionally memorizing the whole lyrics to our favorite hymns, God helping us.
With Dmitry's example before us, how could we do otherwise?
Seriously????