Maybe the trouble with Christians is that we know each other in the wrong way.
That probably sounds weird but let me explain and then check out the Scripture to see if the statement above could be right -  I freely admit I'm no theologian.
Last night I was meditating on II Corinthians 4 and 5 - a favorite passage that I was actually able to memorize way back during the second year of  our marriage, back when everything, including my brain, worked soooo much better!   (Think Edith Bunker singing, "Those were the days..."  Ha!  Seriously, I don't sing like Edith Bunker - I sing worse - and I have never liked  that particular song..)
But I digress... ;)
Last night, these words sort of "jumped off"  the pages of the Bible for me as if they were brand new, which was sort of amazing to me considering how long I've loved these verses.  At any rate, what really caught my attention was:
"Therefore from now on we recognize no man according to the flesh; even though we have known Christ according to the flesh, yet now we know Him thus no longer. Therefore if any man is in Christ, he is a new creature..."  II Cor. 5:16-17
Somehow that connected in my brain with II Cor. 3:18 - "But we all, with unveiled face beholding as in a mirror the glory of the Lord, are being transformed into the same image from glory to glory..."
It suddenly hit me - when someone walks through the church door, they aren't "That person who got caught ripping their company off to the tune of tens of thousands of dollars".   And they aren't, "That person who used to smoke pot  and dabble in other drugs."
Anyone who walks through the church doors, if they know Christ - not just know about Him but really know Him - that person is no longer defined by what they've done in the flesh.  And we shouldn't even recognize them or refer to them by past labels...   Oh, yeah, I'm sure you  know her.  I'm sure you've  seen  her in the choir - she's there every Sunday.   You know, she's the one with red hair, real pretty eyes, kind of thin. She's the one who cheated on her husband years ago and had that messy divorce that everyone was talking about."
No. She's not.
According to Paul, she's no longer the person she once was.  Our past lifestyle is just that - past. Christ not only saves us, but He gives us a whole 'nother life and as we make it a point to obey His word, we are actually being transformed from glory to glory
Having our identity taken away from us? In order to get a Heavenly one? Not a bad deal.
And if Christ has given us a whole new identity, who are we to cling to the old one, when referring to ourselves and/or referring to others?
"Therefore from now on we recognize no man according to the flesh..."
May it ever be so.. 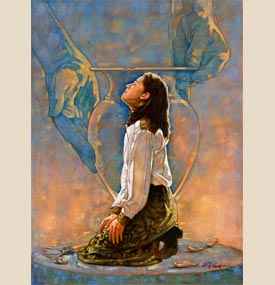 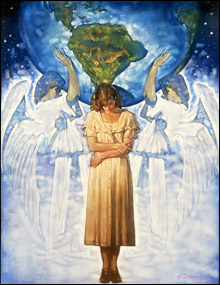