I don't know how to express this but I'm going to try.
When I was in my twenties, a young single woman, an inexperienced teacher playing catch-up all the time with tons of paperwork and new learning experiences, I somehow managed to be a discussion leader with the BSF Women's evening class in  Little Rock for two years.  I don't think I ever did anything well and many, many times I thought about resigning from BSF leadership.
Mostly on Saturday mornings when I had to get up early for leader's meeting. I think we started about 6:30 or 7:00 at that time - I know I had to get up earlier for leaders' meeting than I did for work and I literally hated being up before dawn on my "day off".
At that time, in addition to my heavy work load, our family was going through several  traumatic events simultaneously and often I just felt like I couldn't cope.   Then Friday night would roll around and I would find myself doing homiletics for Saturday morning, thinking, "This is crazy!  It's the weekend and I'm still doing paper work!"  And then there was the, "I really don't want to get up at the crack of dawn tomorrow morning!!!" mantra running through my mind as I tried to fall asleep. It seemed to me that I was always tired.
During my second year as a discussion leader, I don't think there was a single early morning drive where I didn't tell the Lord out loud as I drove to the meeting that I was going to quit that day!  Many times I would ask Him to give me the words and the courage to tell Lou that I was done,  that I just couldn't do it anymore, that  it was too much.  And yet something funny happened:  every single time as I was driving home from the meeting, I would find myself thanking God and praising Him for keeping me in the study, for not letting me resign.  Why? I can't explain it; but somehow those early morning trysts with God and with His precious saints always began by seeming burdensome and always ended by giving me renewed hope and courage to face the coming the week.
As I look back, however, I realize that there was something major I didn't understand at that time, couldn't have known at that time.
Basically I didn't realize that thirty years later, on more than one occasion,  a memory would come back to me in spades. A memory of about 30 women, young, middle-aged, and older :), gathering early on Sat. morning at a local church to sing a couple of hymns from a booklet and then to kneel and pray over various requests.  After praying for about 30 minutes, we would go  over the Bible study  material for that week and the study was invaluable.  I understood that.  What  I didn't realize was that it would be the corporate prayer time that would come back to me decades later, bringing sweet tears to my eyes and warm memories to touch my heart.
During those prayer times, I mostly  remember being  afraid to open my mouth (a new and much-needed experience for me!)  because I understood -really deep down knew - that  I was in the presence of  godly women who loved their Abba in a way that I had yet to learn.  When I was in their presence, I felt I had "novice" written all over me and so  I wasn't about to open my mouth and expose my ignorance!  And that's how I came to spend Saturday after Saturday, kneeling, silently praying, listening.
And learning.
I learned by watching their examples.
I learned by listening to their heartfelt petitions for children, spouses, neighbors, group members, and friends.
I heard women whose lives were certainly not easy, mount up to the throne of God, hurting yet still confident, sometimes perplexed but not despairing, sometimes struck down but never destroyed.
And today as I sit here at the keyboard with these precious memories washing over me yet once more, I am deeply aware of how much I owe them, of how I would never trade anything for those two short years of early Saturday prayer times, on my knees in the company of  some of God's true saints.
I owe those ladies so much.
And it's high time I said so.
How I wish I could pass the torch on to younger women the way they did to me.
How I look forward to kneeling around the throne with them again... in Heaven... where it will all be prayer and praise! 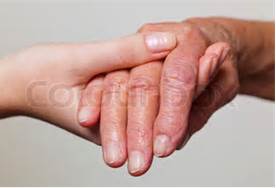