I have finished reading the story of two women, Maryam and Marziyeh, who were  held captive in Iran for their faith  in Christ.
For over 8 months they sat in Evin prison because they love Jesus. And because they felt that everyone in Iran should have the  right to choose what they want to believe. If the people want to believe in Islam that is fine but they should at least have the opportunity to choose.  In Iran, an oppressive theocracy, no one has the  the right to choose much of anything.
Early on in their captivity, the women realized that the government of Iran was embarrassed by the media 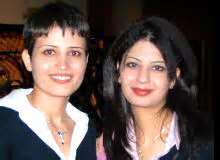 storm over their unjust imprisonment.  Within months, it was clear that the government was looking for a way to "save face" and, at the same time,  release the girls so that the pesky  media would go away. In the eyes of the judiciary the way to accomplish both goals was simple:  all the  women had to do was to say they didn't believe in Christ. Then they could be set free, the judges would be "vindicated", and everyone could go back to life as normal. The girls  could go back to handing out New Testaments to people who asked for them as well as   praying for people in the name of Jesus and no one would be the wiser.
But the women couldn't do this because they said to deny Christ would be to deny themselves, that Jesus was so much a part of their being that they could never turn against Him - He was everything to them.
When their lawyer mentioned a practice of Islam where a person can tell a lie if he is in danger, he asked the women if Christianity had a similar teaching. They said that it didn't and even if it did, they wouldn't use it because they would never deny Christ.
When they finally arrived in court 7 or 8 months after being arrested, their lawyer told the judge that these women respected other religions, which was true.  But he added that they believed in Jesus the way all other religions believe in Jesus.   The women had made it clear to their lawyer that they would not deny Jesus. Now, at their hearing,  they fully understood that  he was trying to "lie" for them so that they wouldn't have to  do it.  But even in that moment, fraught with danger, they interrupted the lawyer and boldly stated that their lawyer was not saying the correct thing. Then, to everyone's astonishment, they reiterated in court, directly to the judge, that they did not see Jesus as other religions do. Islam teaches that Jesus predicted someone would come after Him who would bring in the "complete" religion. They rejected this by saying that Jesus said, "It is finished" because He brought in the complete religion and no one else can add to it. They said that He is the Son of God and the Savior of all mankind and that no one else in history or in this present time comes close to equaling Him - that He stands above all others who have walked on earth.  And again, they boldly stated that they would rather die than renounce Christ.  The judge accepted this and told them they might as well state what they believe and pay the price because everything in this world comes at a price.
Really?  Is that true? And if it is, do we "get that" here in America - that everything comes at a price?
When the women were asked at various times throughout their imprisonment, "Who turned you away from Islam?"  they would basically say that no one turned them away from Islam, that they met Jesus and He drew them to Himself.

Sometimes they were asked things like, "We have heard that you can follow the principles of Muhammad, pray five times a day, and still believe in Jesus. Is this true?"  And they would answer, "No, this is not true.  To believe in Jesus, you must follow His teachings." They would also elaborate by saying things like, "Jesus lives within me. Why would I bow down and pray five times a day to someone who lives in my heart already?"
And this is what I'm thinking today.  These women (and many other people  like them) sat in a squalid, filthy prison, existing on starvation rations, shut away from home and loved ones, often sick and in pain when all they had to do was tell a simple lie and they could walk free: No, I do not believe in Jesus. One simple sentence and they could have been out of Evin, back with their loved ones, sharing Christ with any who were interested.
How many Christians today in the U.S. would do what these women did? Even more to the point, how many Americans  who claim to be Christians would tell you in a heartbeat that all religions are equally valid, that Christ is just one among many religious figures?
This is what I cannot get out of my mind: These sweet girls sitting in prison for months because they would not deny Christ while thousands of Christians here, living in nice homes and eating in  fine restaurants, would daintily wipe their mouths after eating and calmly explain that there are many roads to Heaven and that to believe otherwise is to be intolerant and possibly even bigoted. While Maryam and Mirziyeh were constantly hungry, often cold, disdainfully treated, sometimes afraid, living in unimaginable filth, and almost always in pain.
All I can say is that Maryam and Marziyeh really know the risen Christ and have found that  He's worth everything they suffered in Evin and more.
And that many here in the West would be wise to go and do likewise.
Do you know the risen Christ ... or do you just know your opinions about Him? Is He the risen Lord or is He  just a cultural icon who looks good in stained glass but who would never violate the mores of modern society?
Do you know Jesus?