Behold, how good and pleasant it is...

I have loved all the churches that I've attended as a teenager and an adult even though some of them have gone through post traumatic stress disorder due to splits in the congregation, something I have never loved. 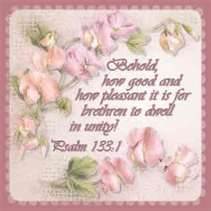 Still, every church I've attended, especially as an adult, has striven to honor God, uphold and teach His Word and instill love within the body.  But changes come and love is not necessarily natural when issues within and without the congregation suddenly become hot topics.
People are just people and preachers are just more of the same:)  As a wise person once said: the church is not a sanctuary for saints but a hospital for sinners.  Some changes in the life of a church are relatively smooth, others leave people lining up for spiritual triage.  It's just human nature or.. .to put it in a clearer, less cliche-ridden way, it is the nature of human beings... And sometimes it's just best to move on rather than to extend the pain and suffering for all involved.
However, I would have to say that the conflicts and even splits that I have seen in churches as an adult were nothing like the ones that I was privy to as a child.  My grandmother went to a small country church  (and this was over 50 years ago, mind you) that I think ruined me forever on small country churches, not to put too fine a point on it. 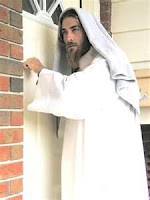 Some things weren't intended to sour me on small churches but they did. Partly because I was (truly - I'm not exxagerating..) a little reprobate of the first water when I was 5 or 6 years old. So when the church decided to start a Sunbeam class during worship and the Sunday school teacher encouraged us to attend by smiling from ear-to-ear and telling us Jesus Himself would be visiting our class, wild horses couldn't drag me into that first Sunbeam lesson and even  during worship,while my grandmother tried not to glare at me (she wanted me to attend Sunbeams so she could have some peace and quiet during worship), I sweated it out - wondering if Jesus would even go so far as to come into the sanctuary. Thankfully, He didn't. Looking back, I'm not sure He ever did....
Then there was the week long music school that we had in the summer time.  We always hired someone to come and "teach the kids" how to lead music but the only one I remember was the "school"  where I got singled out in front of the whole church and had to stand there, trying to move my hands in the same direction as the music  teacher, with tears in my eyes while the whole congregation watched. The teacher, a middle-aged music minister, I guess, kept making me do it over and over until I got it right.  By the time I got to sit down, my grandmother was livid.  She flat hauled me out to her little, beige Ford Falcon the very next morning  and drove over to Mrs. Jones' house because this was the lady who normally led "singing" at the church.  We were barely over Mrs. Jones' threshold  before Grandma lit into her  about how the visiting music teacher had humiliated me in front of everybody and made me cry... I have never forgotten Mrs. Jones' thoughtful reply - which has long since struck me as hilarious... She said that it was true that this guy wasn't the easiest person to work with.  And it was also true that the church had two candidates apply for the week-long job and they knew ahead of time that one guy had no tact.  But they hired him anyway because he asked for less money:)    I think Grandma made a snide comment about getting what you paid for, a comment which Mrs. Jones just took to be a simple statement of fact.  I never had to go to summer music school again so, as far as I was concerned, the end was definitely better than the beginning.. 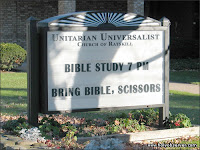 Then there was the time when the two men in the young married class got into an argument over the Bible and were actually rolling up their sleeves,  getting ready to settle the finer points of  theology with their fists out on the church parking  lot (seriously)  when someone hastily warned the pianist and she started banging away on the old upright piano as loud as she could.  It was the signal to begin worship and although it came a few minutes earlier than normal, no one minded and the fight never happened, the theological debate being put on hold for an indefinite period of time...
And then there was the weekend when three high school boys went out, tied one on, and dared each other to climb the water tower. (It was a small community and there wasn't a lot of fun things to do on a Saturday night so I could hardly blame them...).  Two boys started climbing and the other one jumped in the only vehicle out there and took off, leaving his friends to find their way back home, which was actually good because the fresh air and long hike sobered them up nicely.   This, however, naturally led to some reprisals and then, of course, everything came out into the open.   One mother, sensibly enough,  told her son that he had gotten what he  deserved and that was the end of it as far as she was concerned.  The other two mothers squared off against each other, claiming that the other woman's son was to blame for all of it. (The boys had made up and were friends again but the moms wouldn't let it die a natural death as I remember it).
The aggravated moms had a lot to say about the situation and word spread through the community like wildfire (this was before Oprah...) .  Everyone soon had an opinion on who was right and who was wrong and that soon spilled over into the church, where the supporters of one family sat together on the left side of the church aisle while the supporters of the other family sat on the right side of the aisle.  (Not kidding!)   Those who wanted to remain neutral were out of luck - the church only had one main aisle and two sections of pews so you had to either choose a side or stand up against the back wall (which would make both moms mad at you),  or stay home. Some opted for the latter.
You may think I'm exxagerating about all this but I assure you I am not.

After we moved back to "town" and joined a large church, I never wanted to return to my grandmother's church even though there were people in it whom I really liked.  When I had to go back years later for a wedding or a funeral, I dreaded it because of all the memories that came with the visit and also because gossip was rife in that little community and I knew that  as "Iney's granddaughter all grown up"  I would come under my share of scrutiny like a bug under glass.  But I went when I had too, left as soon as I could reasonably get away and enjoyed what I could from the short visit and  quickly discarded what I couldn't
However, on one of my last visits, I was shocked. I could tell there had been a major change in the church and in the people.  The ones who had always been "ornery" were actually nice!  People seemed to be cooperating (which they didn't always do - even at social events like weddings and funerals).  Things were different -  enough so that I put out feelers, trying to find out what was going on.
The answer was simple:   they had started listening to sermon tapes by Dr. W. O. Vaught (who never knew it, I'm sure).  He taught the Bible, simply and clearly, line-by-line and verse-by-verse for years, moving through about 3 different books per 12 month period.  I don't know that he was a great orator; he just taught the whole Bible and over time, people outside his church began to take note.
And at least one small rural  congregation was visibly changed because of it.
So I got at least three things from that little church: some great stories to tell as an adult, the chance to know some truly fine people (as well as some of the other variety!), and, most important of all, a powerful object lesson (which I've never forgotten) on how the Bible truly is literally able to change the hearts of an entire  group of people.
Behold, how good and pleasant it is for brethren to dwell in unity..
Amen and amen!!! 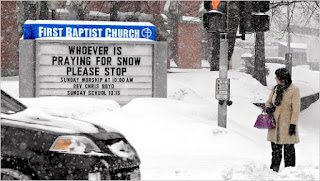