We who are about to do something weird.. salute you..:) 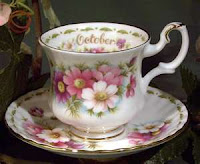 Sometimes the sermon gets a little too personal and if I don't act on it when convicted, I get a headache.  But, seriously, the headache I have now is due to allergies.... I'm pretty sure.:)  And I really liked the sermon yesterday morning, especially the part about resting on the Sabbath!
This is the deal - God started working on my heart several days ago, again through a passage in Kate McCord's book, In the Land of Blue Burqas.  I found a passage (page 84-85) that made me stop in my tracks and go, "Wow! I wish I had made a practice of doing that!"  The passage was about how to worship God in the privacy of one's home and also receive guidance for the coming events of the day.
In Afghanistan, Kate had the same conversations over and over - women tended to ask her the same things.  First about family. (What! You have no children?  What!  You have no husband???  How can that be???  You need to marry an Afghan man...)   But then there were trickier conversations that cropped up periodically.  Are you a Muslim?  Why aren't you a Muslim?  Do you pray?  How do you pray?  Why do you pray that way?  And, of course, even trickier, sometimes dangerous questions arose, occasionally couched in veiled threats or demands.  You need to become a Muslim. It would be better for you in this life and in the next.
Kate was  not always satisfied with her answers and so she prayed through various scenarios that frequently arose.  And this is her description of how she found the answers that she needed, answers that were true, yet at the same time, couched in terms (usually stories) that drew her Afghan listeners into the conversation rather than pushing them away.  (And also sometimes saved her life).
This is the passage: 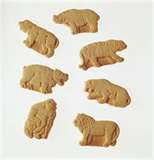 On most days, I rose just after dawn to either a freezing or baking house.  I boiled water in a kettle over a flaming burner attached to a gas bottle perched just outside the window. I made my coffee in a neoprene-wrapped French press and enjoyed it  with a loaf of hot flatbread brought back fresh from the neighborhood baker.  If I had them, I skipped the bread and ate animal crackers mailed by a friend in America.  That was my treat.
Each morning I sat in my room with my coffee and breakfast, my Bible, songbook, and turned my attention to God. I worshiped.  I read Scripture.  I settled my heart into the heart of God and leaned into His rest.  It was a good place to be.
I explored my raging emotions. The hardness of the culture and the life there pressed in on me like the walls that  bound my aouli [walled compound].  I often found myself frustrated with staff members - sometimes an Afghan who couldn't quite get the work right, sometimes another foreigner - all beautiful, precious people who were somehow falling short of my sometimes-appropriate expectations.  I prayed for each of them.  I looked to understand, to remember our Father's love for them, His desires, His always-appropriate expectations for their lives.  And again, morning after morning, I found peace.  This was the way to start the day, the way not only to live but to flourish in Afghanistan.
After I had resettled my heart into God, I turned my attention to the day before me.  My workload in Afghanistan was always beyond extreme, my to-do list always too long.  Most of those tasks pushed the edges of my abilities, requiring knowledge and wisdom I did not possess.  I could not bear the weight alone.  And yet where could I turn for help?  What mentor was there who could guide me?  All of us, foreigners and locals, engaged in rebuilding a shattered country, were merely stumbling along, picking our way through map-less territory. I turned to God, believing He alone could guide me.
Each morning I took my notebook and wrote down the things I thought I had to do through the course of the day, the decisions I would have to make, and the situations I thought I would have to deal with.  I prayed through each one and asked for God's direction. I wrote down the things I thought He was telling me. That became my work list.
I prayed through the conversations I was having with people, the things they were challenging me with and my responses-sometimes appropriate, sometimes not.  I listened hard to hear God's voice. What did He have to say about the situations I faced?  How would He have me react?


When it was time, I put my Bible, songbook, empty cup, and plate away. I carried my notebook with me.

I loved this passage because I had never thought about basically praying over upcoming issues and sort of building your daytimer from that prayer list. Also, I realized that's why the stories and conversations that she recounts in the book had such an impact on me - these conversations weren't just her ideas but had been developed in the presence of God, through prayer, drawing on His wisdom and insight - which is limitless.
So, of course, I thought I would do that too. But that was several days ago and I've had varying degrees of success with this type of prayer; sometimes not getting around to it at all because I didn't "have time".  Because this type of devotional requires time for listening!
At any rate, Sunday the pastor was telling us that we should set aside time for some  worship every day and then do our work as unto the Lord.  In other words, really pray when we pray and work when we work.  Then he asked us to pray quietly, which I did.  During this time of silent meditation, I thought about my new notebook/prayer daytimer which was still full of pristine, glistening white pages that were.. um.. for the most part, totally empty (except for the first two pages!).  And I confessed that I hadn't had time for the "pray-through-your-day-ahead-of-time" thing.    But I also told HIm that if He would show me how to correct this, I would do it.
And He did.
Seriously.  What came to mind was this:  you have plenty of time for Face Book and this is where you look for affirmation, often first thing in the morning. 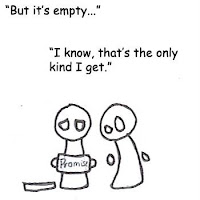 My response was:  Busted!  Okay, Father. I won't do FB until I've had some quality time with You.
So far, so good.
But then I felt He was impressing on my heart something else to do; something maybe that I really didn't want to do. And that was to post on FB that if anyone sees me on it in the morning, I would appreciate it if they would (sweetly:)  ask me if I've already  had some worship/listening time   that morning.
Ouch!
I told Him that would really make me look lame, like a FB dork; that it might make other people uncomfortable on FB which I don't want to do; and then finally, I came clean and admitted  that I wasn't sure I was that serious about having quality listening  time each morning.  After all, it's a bit time-consuming and not that easy to do.
However, as I sat there in the pew, trying to listen,  I got the distinct feeling that A) I wasn't telling Him anything He didn't already know :)  -duhhhh - and B) also that  the choice was mine.
So this blog is really just an attempt to share a passage from Kate's book that I really believe is worth sharing. And also a way of explaining the weird FB post that I'm about to issue.
If you read this, you might pray!  :)
Thanks!
Posted by Unknown at 2:08 PM