I once had a friend ask me, "Did you ever want to do something so badly and then... after you did it, you wondered why you ever desired such a thing???"
The answer in my case was, "Yes, frequently!"
It seems to me that often, those 180 degree turnaround times involve what I perceive to be God's will.  First, the idea comes to mind that He wants us to serve in one way or another. Then I become passionate about it (unless it's something like fasting or going to help a neighborhood family with four wild kids and a bunch of lice... Thankfully I never had to do the head lice thing but I did have to offer... Basically got off the hook on that one!  Sometimes I think God just tests us to see if we'll say "yes". Other times, He means for us to go through with it, whatever "it" is.) At any rate, within  a few days, weeks or months of embarking on a new, exiting venture, I often get  a spiritual form of  "buyer's remorse" like, maybe I didn't really hear God the first time... 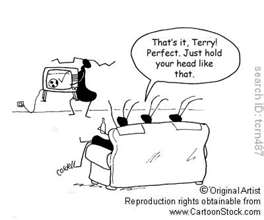 Some weeks ago, I felt sure that God wanted us to bring an international into our home and couldn't wait for it to happen.  But the honeymoon period for us lasted just a few days.  For one thing, I knew our student came from a country where women were subservient.  So I had my antennae up, looking for signs that I would be treated like a second-class citizen because of my gender. I should know by now that when I have my antennae up, I will usually find what I'm looking for:(     So when our student gave me a funny look or didn't immediately comply with what I asked, I interpreted that as, "It's because I'm a woman!"  Looking back, in light of what I know now, I realize it was probably just that he didn't understand my English!  But at the time, simple transactions - usually in the kitchen - did not seem to bode well for the hopes and dreams I had of blending another person into our family.
The thing is: culture affects everything, even facial expressions.  Often when I made what seemed to me to be a simple request, I would be met with a "stone-faced" stare, which I interpreted as a rebellious attitude or even a supercilious one.  On the other hand, I found out just this week that he was totally confused by the fact that Americans smile "all the time!"  - who would have guessed! This is just not part of his culture, especially in the classroom - if a kid smiles at a teacher, this is serious business and will get him in big trouble! It's seen as disrespect so it really threw him for a loop to see teachers and students smiling at school.
So this week he asked,  "Are all Americans happy?"  I was stunned.  Well.. ummm... no.  And then the next question, "How do you tell if they are mad at you?"  Good question...!   It seems that even our facial muscles conform to cultural expectations. Or as Shakespeare would put it: to smile or not to smile! That is the question!
Culture  also defines what is "clean" and what isn't.  I could see that our student was fastidious in ways that  we were not.  While perhaps we seemed fastidious to him in ways that were odd (although he never complained).  (I knew that a German student told me years ago that Americans were disgusting because we held French fries with our fingers and also touched our hamburgers. I just looked at her and thought, "How can you eat a burger and not touch it???"   I've also had a friend from France tell me that Americans were crazy - absolutely obsessed with bathing.) 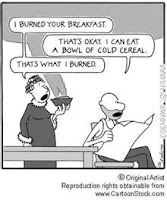 So I'm sure that all of us walked around our small house these past few weeks, wondering at times  why the other person did this but didn't do that, etc. I quickly learned that we all love baths. (We figured this out when the hot water heater ran short a time or two!)  But other things were up for debate!  Not every culture considers eating food in the car a desirable, pleasant thing!  And speaking of eating - our student's culture believes that a man only eats out at a restaurant  if he is unmarried or if his wife is a bad cook. Our student was too polite to tell us this when we took him to a restaurant for our first full family meal together and I only learned it through the internet a couple of weeks later!  (After we'd eaten out two more times and I had brought burgers home twice and instructed him we'd have to eat in the car on one of those occasions because we were in a hurry... My rating as a cook must have been plummeting,  if only I'd known.. Betty Crocker's status is definitely safe!)
Culture also defines when it's acceptable to marry and have children. I never even  thought about that when I showed our student a picture of our wedding in 1986 and explained that I was 32 at the time and Phil was 33.  He looked stunned - so much so that I was taken aback by his expression!  Then in halting English he  explained that in his country, a woman who married so late in life would do so only because she could not get a husband!  (For the record, I had two other proposals before Phil and I started dating.. Just so you know!)  I decided to tease our student and said, "So! You think I couldn't get a husband???"  Unfortunately, we were not at the stage, linguistically or relationally, where we could tease.  Our student looked worried lest he had hurt my feelings and hastened to say, "In my country! In my country!  Not in America!"    At that point,  I drew a false conclusion:  we will never get through the language/culture barrier in the short time we have together which means we will never reach the place where we can go beyond surface things, laugh, tease, and truly live life together as family. This made me feel sad because I treasure laughter and really wanted our student to be a part of our family.
Then when I explained that David was born 4 years after our marriage, he looked surprised again and said something that I could not understand. But I did pick out the words "no" and "not sleep together".  To my consternation, I found an article just a few days ago discussing our  student's culture and read that  if a woman does not get pregnant in the first three months of marriage, it is assumed that the relationship is impotent or unconsummated.
Oh-my-gosh...
Sooooo.... I can't cook, I had a very hard time finding a husband, and when I did get married, we didn't sleep together for the first three years???  Wow!  Maybe that's why I got some strange looks from time to time, ya reckon??? (I've never asked him if he actually believed  these things about me and trust me, I never will!)
Culture even determines proper bedtime greetings. I had been saying the same thing to our student that I say to our son at night, like  "Sweet dreams."  Little did I know that in our student's country, they say something like, "May you sleep on a hard bed.":) They are saying it's better to sleep on a hard bed because it's more difficult to get up if your bed is soft.    I like that!  So much so that  now I  wish our son, "May you sleep on a hard bed!" :)
At any rate, I've said all that to say this:  within just the last  24 hours, the things I thought could never happen - did, like we've had a major  breakthrough.  We were able to laugh, tease and get beyond surface issues over, of all things, homework.  Last night our student needed help with an  assignment. He worked laboriously, reading and typing while I elaborated on some of the more obscure things, pointed out spelling errors, and helped him navigate the websites he had to access.  After an hour and a half, when it was almost 11 p.m. we were done!  We were both tired but satisfied and somehow, working together broke down barriers like nothing else had done.  Then I told him what to do to save his homework and he did exactly what I said. And lost it! The whole thing! Not kidding! 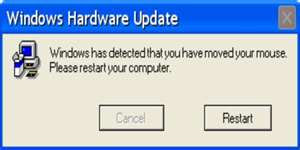 So here it is, late  at night and  he is looking intently at the computer while  saying something that sounded to me  like, "Aiiii eeeeee" and I'm anxiously going, "Did you lose it? Oh my gosh, is it gone?  Can you get it back?"  We couldn't so I called for David.  He couldn't retrieve it either so it had to be redone which meant we were pushing the midnight hour before it was completed.  When he finished it the second time, I said, "Now we'll save it."  He leaned back in his seat without hesitation and yelled, "Daa- veeed!"  I said, "What?  You don't trust me???"  He laughed and yelled, "Daaa veed, come here! Quick!! "   I leaned back and yelled, "David!  He doesn't trust me!"  By this time we were both laughing and when DAvid came to the rescue, he was grinning from ear to ear.
Then it hit me.  In just a few short weeks, our student had reached the place I thought we'd never see.   We could communicate, we could laugh and we could even joke.  We could also cautiously explore cultural differences as in: Are all Americans happy?  on his part; with a  carefully neutral  question of "Is it true that in your country people think a woman can't cook if the family goes to a restaurant?" on my part :)
A few weeks ago, I knew it was God's will for us to welcome a new person into our family. Then in the warp and woof of adjustments, I had doubts. Now, thanks to homework, a computer snafu (I will blame it on the computer) and our student's diligent progress in honing his English, I have no doubts.  (I'm still a bit rusty in his language;  as of yesterday, I could say one word more than the day before - which was zilch.)
God is good. His will is perfect and acceptable. Just not of the fast food variety with immediate rewards. (Hmmm.. Maybe I should use a different analogy?)
Anyway, antennae down... Gotta go cook something!  I have a reputation to keep up!
Posted by Unknown at 11:24 AM