This morning I was thinking about what it means to abide/dwell in Christ (John 15:4-5). While I was turning that over in my mind, Gracie was snuggled next to me in the chair, her head resting on my knee and her entire body covered by a small blanket. Buddie, our Rat Terrier/Pomeranian mix, was lying on the couch next to us and everything was peaceful.
Suddenly our dogs in the backyard started barking as they do about a hundred times a day. Heidi and Buster alert over anything and everything: a squirrel in the backyard (Heavens!!!!). The neighbor's dog who is about 20 pounds overweight and mostly blind and can only lumber down the road for a bit before getting worn out. (Wow! What a threat!) The meter man in his fluorescent vest. (Now THERE's a real danger!!!!) And then there's the garbage truck, kids on bikes, and David, Phil, or I pulling into the driveway. (Wow!!! It's THEM again! Who would have thought????? We haven't seen THEM for at least an hour or two... Maybe more!!!! And they came back!!!!!)
Buddie can't stand it when the big dogs begin to bark. He becomes frantic, jumping off the couch, adding his voice to the melee, running back and forth between me and the front door like, "Don't you know what's going on??? Don't you even care????" He just can't resist it no matter how many times it pans out to be... nothing... once again.... You'd think he'd wise up but he doesn't.
But little Gracie? She stays put. If the commotion becomes too bad, I may see the shape of her little head raise up under her blanket but that is as far as it goes. It doesn't take long before her little head is nestled on my knee again and she is as still and as warm as she can be.
And. oh. so. loved.
I actually delight to have her snuggle next to me and am amazed at how wise she is. When Buddie is beside himself over nothing, it's as if Gracie lifts her little head and weighs the pros and cons: do I want to go out into the freezing cold to run around in pointless circles for about 15 minutes, yapping my head off just because Buddie, Heidi, and Buster are doing it? Or do I want to stay here next to my master for as long as I can, warm, well-fed, protected, and loved?
And she usually opts to stay in spite of the pull to do otherwise.
And I think that is a picture of what it means to abide in Jesus and to allow Him and His word to abide in me - not alerting over flash-in-the-pan-stuff when we have the opportunity to spend time in His word and to snuggle down in His love. 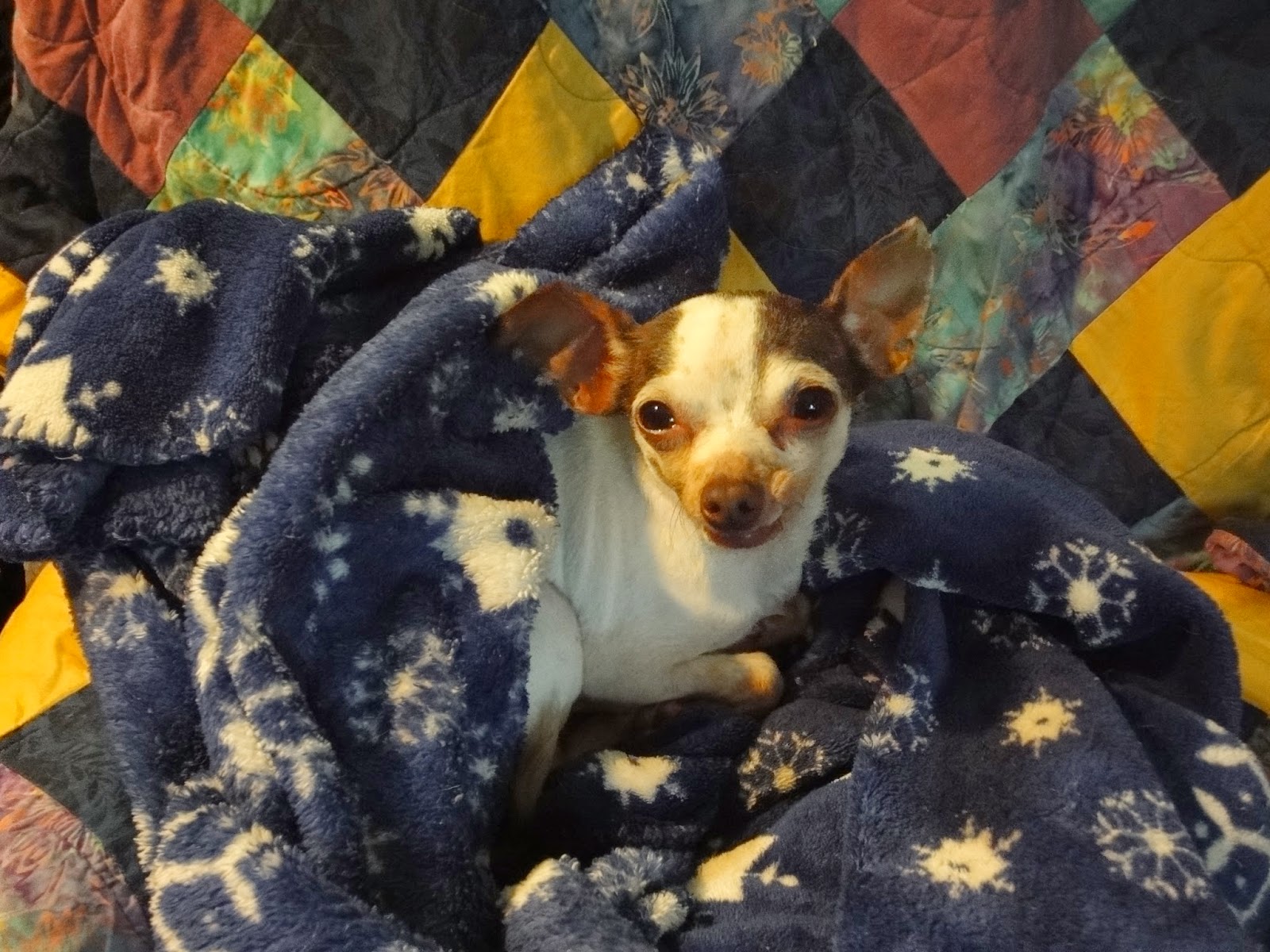 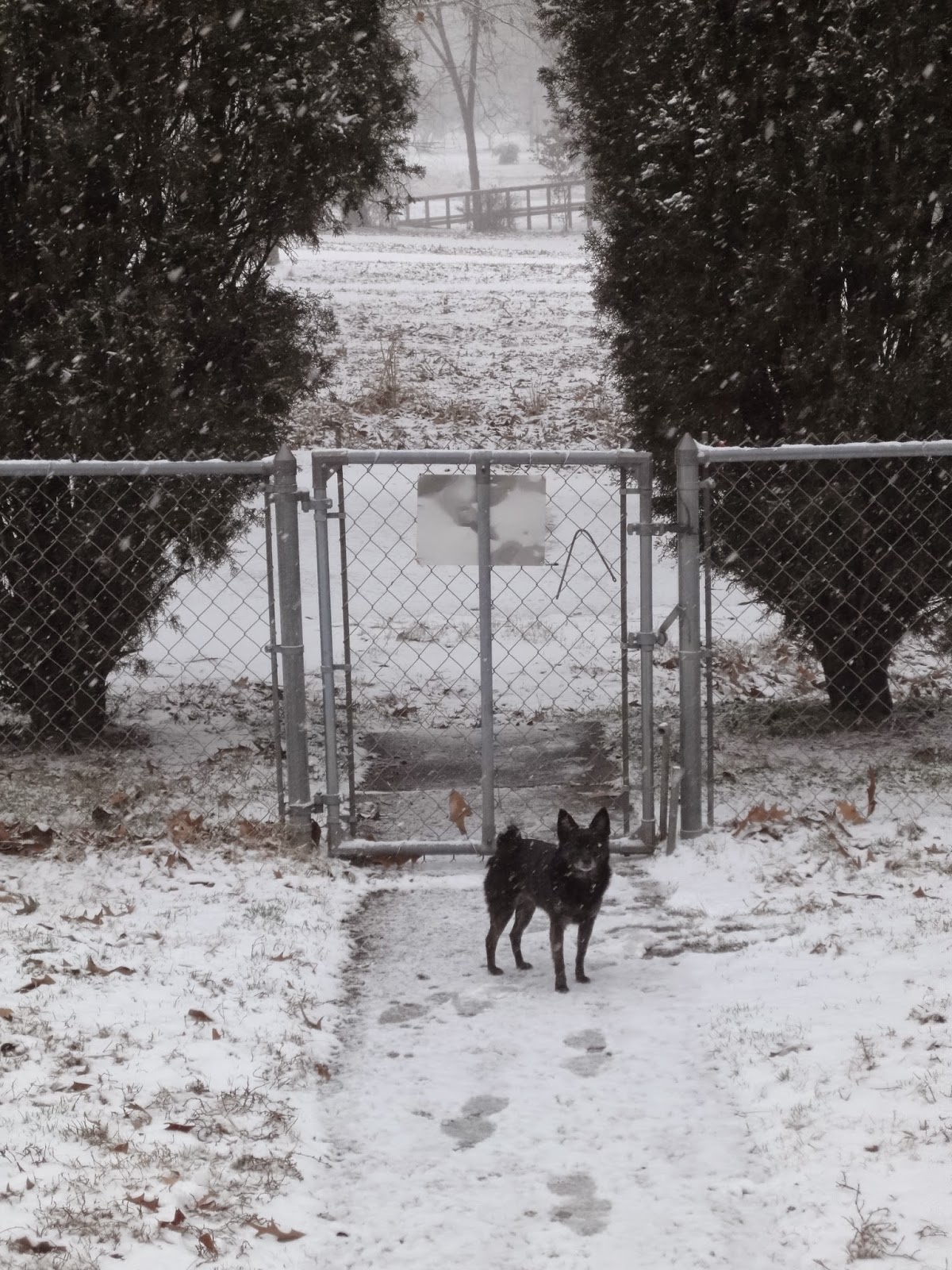