At times I second guess myself.  Ourselves.  Big time.
From time to time  I have second-guessed our decision to remain where we are living. All my friends (and probably most of my enemies... ha!) know this.
Yet, second guessing is not the greatest (or healthiest) of all pastimes. Lately I have been going through a time of second-guessing. I was so busy doing that, that I couldn't think or hear much of anything else.  Until...

Last night I realized that God has graciously spoken to me - but I haven't been listening.
A week ago Sunday a friend at church just turned to me out of the blue and said that she remembered when I had been frantically wanting to move out of this area. That was several years ago.  Then she added that we had been able to help several of our neighbors since then and so she thought it was a good thing that we had stayed.

Then yesterday afternoon when we were having a time of prayer with a neighbor, to my surprise she told me that she had the first letter I sent out in the neighborhood calling for prayer.  That's been about 6 years ago.  She said she'd just found the letter again while going through her files and that in it I had mentioned that  there was a meth house next door and how we needed wisdom on whether to go or stay.   I don't even remember writing the letter although I do remember taking our homemade "flier" around to the houses on our street telling about our desire to start a neighborhood prayer group. (Our desire was mostly born out of self-preservation, I'm afraid...)

At any rate, our neighbor and friend was praying last night and suddenly she teared up and thanked God that we didn't move out of the area because it had meant so much to them that we stayed.  I had no idea.

I couldn't fathom that, actually.  Once a month she prepares her house - I don't  - so that we can get together and pray.  When we are sick (and also when I was flunking the Daniel fast...), she is the one who cooks a big pot of soup or beans and sends them our way. (We came home last night with fudge brownie cake and a bowl of home cooked beans!)     When I asked for peanut butter for the food bank, they went out and bought some immediately.  When he outgrew his shirts, which are higher quality than the ones we buy, he gave them to Phil and they fit perfectly.  When our son was trying to earn extra cash, they hired him to do odd jobs.  We basically meet with them once a month or so to pray.  That's about it.  Oh, wait! I forgot!  When I'm panicked, she is one of the first ones that I contact because I know she has a direct line to God that is pretty effective! So, yeah, I also do that...

So I was literally stunned to find out how much our staying here has meant to them.  It couldn't mean more to them than it does to us to have this couple so close by.  Of that I am sure.

After we got home last night, I realized that this was (helloooo...) God telling me, not once but twice, that it's time to quit the second-guessing game, that it was His will for us to stay.

Arthur Matthews, a missionary to China, once found himself, his wife, and his toddler stuck under house arrest on the borders of Tibet by communist officials. The head official hated Arthur and did his best to starve the family to death.  By God's grace, his prolonged efforts failed!

They came to learn to get their eyes off of what they called "second causes" and put their eyes on "First Cause".  In other words, over and above our decisions lies the sovereignty of God.  When we are trying to follow His will, we need to remember that  ultimately it is Him with whom we, as His children, have to do.  And that since He has either directed us to do something or allowed us to do something, He is the First Cause for where we find ourselves.  He is not only in control,  He is also sufficient if we will keep our eyes on Him and follow as He leads us today, regardless of where we have been yesterday.

Twice in the last 8 days, God has reminded me of that truth.
And I'm grateful.... 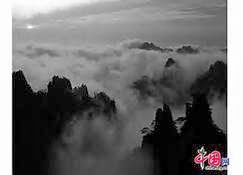