God's Treasure Once Lay in a Feeding Trough..

No, our Christmas tree isn't up and sparkling through the living room window on this fifteenth day of August...  (Although we did put our tree up in June one year - but that is for another blog...)
This morning I was going back through some old journal entries and I ran across a Christmas entry where I was obviously struggling.  The year was 2001.  The War on Terror had just begun and in my journaling, I wondered how several thousand families were coping with the loss of their loved ones around the Christmas table in the aftermath of 9/11.   I wrote about how words like "Taliban" and "Osama bin Laden" had previously been unknown to us but were now becoming household  terms. Little did I know...
And then there was the economy.  Apparently it had taken a nose-dive as a result of the terror attacks and so I journaled  about how unemployment was up.  I wondered how  it  would all shake out during the holiday season and noted that while we were being encouraged to spend to shore up the economy, the uncertainty of everything made us instinctively want to save, to hoard..
And then there was the neighborhood.  In the summer and fall of 2001 we saw several close neighbors and loved ones move away, highlighting the fact that our neighborhood was transitioning down, not up.  I am a people person and seeing several close friends move within months of each other actually caused me to grieve.  I wrote about how, when one neighbor told me she was moving, I walked home, closed the door, and burst into tears.
And then there was family.  That summer part of our extended family had fragmented as a dear couple headed toward divorce. Acrimonious feelings were stirred up; people "took sides" and offered unwanted "advice".   Before the various parts of the family eventually reconciled with each other things got worse instead of better and, of course, Christmas was the time when this situation was at its rock-bottom worst.
And then there was our church home.  According to my journal we had been told that unless our church finances turned around soon, there was the possibility that within six months  our congregation would have to close its doors.  This came on the heels of a church split and the news that one of our leaders had embezzled funds...  So, yes, even in our church, which we loved dearly, things were unraveling at the seams that jolly Christmas season..
And so I did what I always do when stressed... I journaled:

And so it just doesn't seem to be shaping up to be a great Christmas for us this year.
In fact, it seems to be shaping up to be more like the first Christmas for us this year.  There were only three of them in the stable. It looks like there will just be three of us in our home.  Which means that frantic preparations for the perfect, traditional Christmas meal won't  be so frantic.  And I guess we'll just be forced to enjoy each other's company...
Because we are excluded from part of our extended family, there won't be many presents under the tree.  So I guess all the ravaging of packages and all the yuletide greed of tossing one present in our haste to get to the next, will be sadly lessened.  What a shame...
And if we give to charity organizations, since my husband's job future is a little iffy, I guess it will be not just a neat thing to do at Christmas but a slightly uncomfortable thing for us to do.  It won't be a "roasting chestnuts over the fire kind of thing" but rather an "in God we trust instead of money type of thing".  Now that's a stretch.
And instead of blandly accepting family or complaining about those pesky in-laws, we'll have time to calculate the worth of the people who won't be at our table and to meditate on ways to mend tears in hearts, searching for the magic ointments  that can heal all our wounds:  forgiveness, humbleness, repentance, and grace.
And we'll find those things, not under the tree, not at the table, not in the faces of family, not in the warmth of our church, not even in our own hearts which are still bruised and hurting and still, unfortunately, capable of striking out like a viper at those we love and of being struck in return.  But in a cattle trough.  In the tiny face of a baby who symbolizes all that we desperately need right now. The love that we associate with family.  The peace that surpasses all understanding and is apart from circumstances.  The sense of something permanent - Jesus Christ is the same yesterday, today, and forever - in a world that has become quicksand to our psyches.  The freedom to drop our masks and come  poor, naked, blind - just as we are - to the Son of Man who healed the blind, made the lame to walk, and who became sin for us so that we might become rich in Him.
This Christmas, for those who are away in Afghanistan or the Persian Gulf, Christ was away from His Home also.  He left Heaven to come to earth.  What a bummer it must have been, to trade the halls of Glory for a stable.  Yet, wherever He is, there is Glory.  And He knows how to prepare a feast for His children even in the presence of the enemy.  Even miles from home.
For those who have empty places at the table for whatever reason, Christ was born in a barn because there was no room for Him in the inn.  He knows what it is like to be unwanted, to be rejected, to be shut out, to be separated from others. (Only, unlike us, He didn't have a hand in bringing the rejection about). The truth is that  He knows more about rejectioin than anyone because Revelation 3 says that He has been knocking on the doors of our hearts, hoping that we would open the door so that He could come in and fellowship with us.  Two thousand years is a long time to be knocking on doors...   Let's all be sure that He, at least, is not looking for a way inside our hearts this season - that His seat is not vacant too.
For those who won't be setting a place for loved ones anymore because they are gone, the good news is that Christ conquered death, once and for all.  He has taken its sting away and one day even the physical aspect of it will be removed.  The grave could not hold Him. It cannot hold us either.  As Dwight L. Moody once said, "Someday you will read in the paper that I am dead.   Don't you believe it.  I'll be more alive then than I've ever been."
And for those who hate change, who hate to see people grow old and move away or neighborhoods that were once "nice" evolve into an area of urban decay, the Bible has a word for us also.  Like the people in Hebrews 11 we are to look for the city which has foundations, the  one city which has no human architect.  The only city with permanence where, according to I Peter, we will receive our inheritance:  the outcome of the testing of our faith which will be more valuable than gold.
For where our treasure is, there will our heart be also.
God's treasure once lay in a feeding trough.  That Treasure was then marred beyond recognition, beaten into fine blood-red gold on the cross and finally tailored to fit the human heart at the empty grave.  With it, Christmas can't be stopped.  Without it, Christmas can't be had.

I don't know what your circumstances are.  Perhaps you are weighted down, as I am, with the ramped-up, hard-to-fathom level of suffering in the world around us.  Maybe you are grappling with the death of a loved one, the advent of the dreaded word "cancer", or even physical separation from loved ones in a way that seems so unjust. Maybe your church (or fellow Christians) have let you down or your sense of security has been lessened as more and more things around you begin to change. Maybe you feel that your whole world is fragmented and "Christmas" will never come again.
I would like to suggest that Christmas is here and now, in the hot, humid month of August.
Because Christmas is Christ and if you will lift your eyes above your circumstances, if you will  look up in faith, you will see Him and find reason to rejoice, even in the midst of all this. 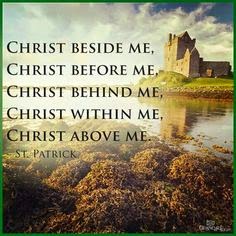