Thanks for the Memorization... :)

Sadly, that's the only thing I remember from my Romantic Lit class eons ago.  If, indeed, that came from my Romantic Lit class...
Well, maybe that's not all I remember.  I do recall things like, "Lines Composed a Few Miles Above Tintern Abbey" - we students excelled in wit as we joked about how the poet must have been uncomfortable, writing suspended in space over a church like that.   Or there was the  title, "Ode to Intellectual Beauty" but I won't go there right now.
Moving right along...
I once heard an assistant principal tell a kid:  I've forgotten more than you've even had a chance to learn...   While I liked the pithiness of that statement - and still do - I now wonder at the overall message it sends...  You don't know anything because you haven't learned anything... And I don't know anything either because I've forgotten everything I once knew???  As in youth and age somehow end up in the same boat?
I think not!  (Youth don't have knees that creak nor do they have to live or die  by sticky note reminders...)
So, the point of this blog entry - if there is a point, still not sure about that - is that even though I may not remember where I put my cell phone, still, every once in a while snatches of beauty come floating to my mind and that's not a bad thing.  Long ago lessons may be mostly forgotten but somehow, from time to time, they come to mind when least expected.
Like as in  this past week.
Looking out my kitchen window early one morning a couple of days ago, I saw a white scrim moving towards our house. Since I hadn't found my glasses yet, I wasn't sure if it was a morning mist, a light, almost invisible fog, or if it was rain moving towards our property.
Rather than hunt for my glasses, I went outside where clearly I could see that I was  surrounded by a light, almost ethereal fog.  For just a few minutes, I stood there drinking in the beauty of my Morning Glories, marveling in  the "softened" images all around me due to the mist, thankful for yet another clear sign that autumn was closer than ever.
And at that moment, the phrase "season of mists and mellow fruitfulness" (Keats) went through my mind and I could recall my professor, Dr. Nolte, looking at us with his characteristic half-sardonic, half-serious smile while he talked about entering a pub in London, England.  He told us that one foggy day he had walked into his normal hangout after office hours where to his surprise,  the bartender greeted him by saying, "Gene, how do you like the season of mists and mellow fruitfulness?"
Dr. Nolte's point was that only in Europe could you walk into a bar and hear the bartender quote a Romantic poet.  Not in America where the majority of the population didn't even know the Romantic poets, let alone quote them.
However, thanks to Dr. Nolte and many other dedicated professors and teachers, I have to say that this geriatric, arthritic old lady who can't always find her glasses, her keys, or, in some instances, her car - can appreciate the season of mists and mellow fruitfulness...
We have a saying, "If you can read this, thank a teacher" and I heartily agree with that.
I would like to add:  "If you can appreciate the finer things of life - art, music, poetry, nature - then please, thank a teacher." 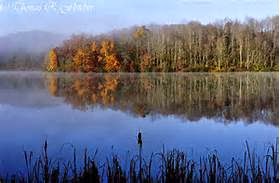 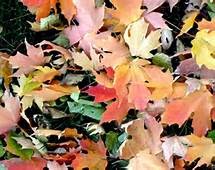