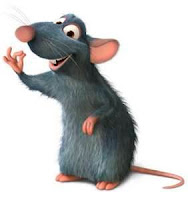 I'm sure this will be about as popular as opening your front door only to find a dead rat on the doormat. (Present cartoon company excluded..)


But here goes.
I'm tired of hearing proponents of the medical marijuana bill argue in favor of it by talking about alcohol.  There!  I've said it!
First,  I've heard "alcohol and marijuana are both drugs" quite a bit recently and  I agree. But they aren't the same.  I've heard people say they like to have a glass of wine with their dinner in order to relax but they stop there.  They will say things like "One  glass in the evening is my limit...  That's about all I can handle. After that I get silly, vacuous,  etc."  I've never heard anyone say, "I smoke one joint in the evening to relax but then I stop; after that I start to get silly..."  I've seen people sip a glass of wine and I've seen people right after they have clearly inhaled (ha!) a bit of weed and there's a big difference between the two.  There's a reason why drinking a glass of white wine with dinner is considered sophisticated while smoking a joint is not.
Second, yes, alcohol is a drug and it is the most abused drug around.  However, this is NOT an argument in favor of legalizing marijuana.  The reason alcohol is the most abused drug around is because... duhhh.. it is legal and therefore widespread with no stigma attached to its usage and/or penalties for buying it.  When a person says, "Alcohol is the most abused drug in America...!"  they might as well go ahead and complete that thought:  "And if marijuana is legalized the same way alcohol has been, it'll go the same way...!"    If you are going to argue in favor of legalized marijuana, please drop the illogical references to alcohol...  I'm beginning to think that logic, not alcohol, is the most abused thing in America right now.  (Come on, Nov. 6th!  I am sooo ready for all this to end!!)
Third, if a chemical in marijuana can help cancer patients and there is no other drug available that can, then I'm for its medical usage.  I know it can help increase appetite for those who are on chemo and I think that's a valid argument
On the other hand, I've heard from a medical person who has worked in hospice for years and now supervises hospice centers all over her state and she's said  that she's never seen cancer pain that could not be controlled with the current pain meds available.  So I don't know how valid the "marijuana-is-needed-to control-pain" argument is.  I do  know there are quite a few who say it's necessary for pain management.  One of those would be a relative -  only she can't say it because she's deceased. She used marijuana to manage her pain from colon cancer because she didn't want to face surgery. And it did help her manage pain... until she got lung cancer.
But I digress...  Back to the current marijuana bill.  If a chemical in marijuana is the only medicine that will help some patients,  I can see it being legalized in a very restricted fashion.  However, I do not want my tax dollars going to pay for dispensaries (not pharmacies) to dispense joints nor do I want my tax dollars to go for home-grown marijuana for these dispensaries.  (On the other hand, to be fair, I must admit that at least  four  of my neighbors would actually have had a legal income if the law that is currently on the ballot had been adopted 10 years ago.  (And if they had  legalized prostitution at the same time, voila!  the couple next door would suddenly have become a two-career family... You may think I'm kidding but, sadly, I'm not.)
I guess I'm saying this:
If you tell me "I'm in favor of legalizing marijuana because alcohol is the most abused drug in America", I'm going to think that you've smoked one too many joints in your life. 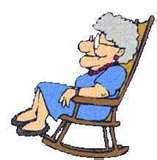 If clinical research shows that there is a real need for medical marijuana that no other drug can handle and the medical establishment backs this up, then I'm in favor of legalizing marijuana for medical purposes.  I'm not interested, however,  in arguments like, "My granny smokes marijuana for her arthritis and I reckon that since she's 102,  it's obvious she ain't interested in getting high..."  If a person is  102 and has chronic joint pain, it's possible they are more interested in getting high than they ever were in their twenties...
But even if you convince me that marijuana has a niche in health care that no other drug can fill, I still am not in favor of the government dispensing joints so that patients can go home and light up, any more than I would be in favor of the government dispensing morphine so that patients can go home and inject it into their veins.  (And, I might add, without going through a pharmacy even to get the drug).
Everywhere I go, I see "no-smoking" signs.  Why?  Because smoking is bad for your health - and we don't even allow it in most public places even though it's very clear that some people really  need it to calm their nerves. (Just work beside someone who is trying to kick the nicotine habit and you'll know what I'm talking about.)
Well... hellloooo... marijuana is harder on the lungs than regular cigarettes and, unlike the marijuana of yesterday, what we have today is highly addicting.  (A neurologist told me this once but I didn't fully believe it until I saw it in living technicolor - our church worked with a mom and a dad who had a lot of financial needs - both had kicked hard drugs but could not quit marijuana.  Which is awkward when mom is enjoying her high in a room that is thick with smoke -oh! Would that be second-hand smoke by any chance? - while four kids are scrounging for food and asking the neighbors to shampoo their lice-ridden hair so the school nurse can admit them back to class.  So they can get breakfast and lunch again Monday through Friday.) 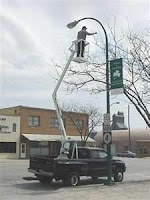 So if there is some way chemists can extract the main ingredient from marijuana and dispense it through a pharmacy to patients who either take it in pill form or receive an injection from a qualified nurse, I'm fine with it.  Otherwise, no, I can't see paying tax dollars to enable sick people to smoke (and yes,  inhale) a highly addictive substance that will do more damage to the lungs than nicotine will and can be harder to kick than crack.
At least, that's what our former neighbor told us and I guess he told the truth since he'd been in the pen three times for hard drugs and then when he tested "dirty" after falling out of a bucket crane at work (odd, that... ), the tests just showed some good ol' medicinal Mary Jane in his blood stream... but no crack.
Hmmm...
Just sayin'... 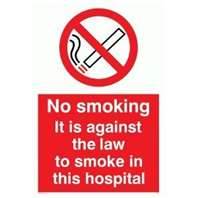