Lessons from seedlings in a bottle...

There are so many things I enjoy - walking in the rain, watching a video with my husband (when we can find one that we both like!), trying new places to eat, helping someone in need, being curled up with one of our little dogs at my feet and a good book in my hand, traveling (within reason!), swimming in the summertime, chatting with my friends, worshiping in church, creative writing, listening to my favorite music....  The list may not sound wildly exciting (sorry, afraid I'm usually at home, in bed, and asleep when the party scene is just beginning) but it's the simple things that bring me joy.
However there are also some things that make me sad obviously and one of those things came to my attention this week.  For three years, we had a highly intelligent, gifted man living near us. He could plant any flower and it would flourish.  Not only that, he also knew what flowers to plant  in order to make the yard look attractive  -he could take a barren piece of property and make it look as if it had been professionally landscaped, even planting  flowering vines around the paper box to transform it from a yellow plastic eyesore into a thing of beauty.
Although he was divorced and had lived as a bachelor for many years, he knew how to cook and could even make homemade preserves.  We were the recipients of his cooking and also of his green thumb - one summer he started Morning Glories for me in just a little plastic container with water - no dirt!  He could also take an older, run down house and make it look attractive on the inside and he could play classical music on a broken down piano and make it sound wonderful.
At the same time, he loved to fish and could have lived easily off the land.
In addition, he was sharp-witted and funny yet at the same time, in his more serious moments, he showed a lot of insight and wisdom.
In short, he could do just about anything ...except quit drinking.
And now he is gone; I just learned that he passed away about 8 months ago at the age of 54.  I looked up his obituary and there were two comments on it and that was all.
Honestly, this is not a homily on the evils of alcohol addiction or a diatribe on the tragedy of a wasted life.
Just sayin' that the news of Mark's death combined with my memory verses in James chapter 2 are  messing with me right now. Big time...  James talked about the royal law, saying that if a person was loving his neighbor as himself, he was doing well.  But if he wasn't... :-(
I don't think I did well when Mark lived next door to us.  We tried to reach out to him and I think he even went to church with us on a few occasions.  But I always (secretly) looked down on him because he had a drinking problem.  I wonder if he ever looked at my rotund waist and (secretly) looked down on me because I have a chocolate problem...
We gave him food when he was hungry (the Bible says to do that) and he always showed his appreciation by trying to pay us back.  (The seedlings and  the jars of preserves, etc)  He wasn't a slacker - he worked during the day and drank in the evening.  But still, even as I reached out to him, I considered myself better than him. I, who can't read music, make preserves, or do anything in the way of landscaping or interior decorating...
Bottom line: I didn't reach out to him the way I would have wanted someone to reach out to me had the situation been reversed.  This man needed supernatural help to overcome his addiction and I never told him straight out that A) he had a   problem and B) there was hope for him.  He needed to be confronted and I didn't bother to do that because I didn't want to hurt his feelings but also because deep down inside, I didn't think there was any point in talking to him. I thought he was hopeless.
But when I read the Bible, I don't see Jesus writing off people as hopeless and I don't see Him shrinking back from confronting the people He came to save and to deliver.
Jesus is the one who said His followers need to love their neighbors as they love themselves.
Now that my neighbor is gone, I can think of a dozen things I would like to say to him and I deeply regret writing him off because he was a drunk and I was not.  I don't know how I can put it any plainer than that.
Loving my neighbor as I love myself - I'm beginning to understand that Jesus really meant that... And that without some humility on my part and a lot of  enabling on His part, I'll never make it.
So thankful He doesn't write me off because I'm a snob and He isn't.... 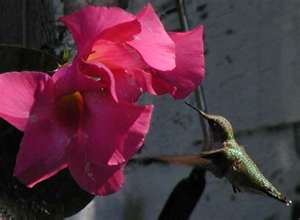