There Is always Hope...

I sort of knew what I wanted to be when I grew up.  But not totally.
Sometimes it's easier for me to figure out who or what  I don't want to be as opposed to the other...
Right now I'm working my way through an Old Testament book that I've avoided for almost 60 years, if that tells you anything. And I have to say that I now know without a shadow of a doubt I would not want to be in Ezekiel's shoes...er, sandals.
Years ago, when I had the privilege of sitting in on an international Bible class, I remember vividly a lesson on Abraham and Isaac. How God promised Abraham a son. How Abraham waited quite a while for that promise to be fulfilled.  And how, after the long-awaited son had been given, one day God told Abraham to sacrifice that son.
I remember to this day when  the teacher stopped in the narrative and asked the students to put themselves in Abraham's place.  Then she asked them how they would have responded to God's request.  One student from S. Korea looked at the text, looked at the teacher, looked at the text again and blurted out, "I would say, 'God, You are crazy!"
I can only imagine what he would say to many of the passages in Ezekiel...ha!
How do you read a book like Ezekiel... or is it even really meant to be read?  Maybe someone else  just slipped  it into the canon of Scripture when no one else was looking?
I can't say I understand the book totally (and I'm only up to chapter 20...).  But I can say that using a modified form of Kay Arthur's study method (which I am sure is not unique to her) has helped a bunch.  For the first time, the book actually makes sense to me.

This  study method centers around answering who, what, when, where, why, and how and also encourages the student to color code key words and repetitive phrases. I don't try to answer every question on every chapter. And sometimes I don't find the "when" information that helpful.  This time, however, I did.
For one thing, Ezekiel's messages were delivered over a 20 year span. Reading it chapter by chapter over a period of days is like cramming a 100 course meal into a 30 minute lunch; it can lead not only to spiritual indigestion but can  also give a mistaken impression of Ezekiel as the 24/7 gloom and doom CNN prophet of the ancient world. 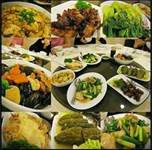 Second, the list of impending judgments in Ezekiel is pretty severe.  But early on God tells Ezekiel to lie on his side fora little over 400 days - one day for every year of Israel and Judah's apostasy.  When I started reading the "woe-unto-you" messages, I found myself thinking, "Wow. God is really pretty harsh here!"  Then  as I read farther into the catalog of Israel's sins, it suddenly hit me, "Wait a minute!  Is he saying that these people engaged in wholesale murder, witchcraft, idolatry, and child sacrifice off and on for 4 centuries???"  Okay... I'm saying that if I knew my neighbors were putting their firstborn through the fire, I wouldn't wait 4 seconds to do something, let alone 400 years.
So then I had something new to think about: the long-suffering patience  of God toward His people.
As I continued to read in Ezekiel, I realized that God, through the prophet, is laying out a case against His own people and that "case" involves  enumerating their sins which involved a cycle of sorts.  The cycle went like this:  God would reveal Himself to them and the people would obey.  Then as they became prosperous, they would begin to rebel, wanting to be like the pagan neighbors surrounding them.  This would break God's heart and endanger the people as they relied on  false allies (instead of God) and adopted cruel "worship" techniques as well as a sort of "anything goes" type of mentality.  So God would send or allow national trauma to come their way, often in the form of rotten kings who would exploit the people for their own purposes.

These difficult times would lead the people to repent and cry out to God for help.  He would always hear and rescue them.  But then the cycle would start again: prosperity to arrogance to blatant national sins to judgment.  Now, after 400 years of putting up roadblocks periodically to turn the people back to Himself, God has obviously had it.  Israel is headed for judgment on an unprecedented scale.
And yet, through Ezekiel, God is still trying to reach them, still trying to warn them.
Understanding this time frame - the long record of sin in their history as a nation and the decades of warning and prophecy that God gave them through Ezekiel - all this gave me a different perspective on this prophetic book.
But there is one more thing about the timing of these messages that is so typical of most, if not all, of the prophets and that is future hope.  This message encompasses the past, the present, and the near future of Israel and none of that looks very good.
Yet in the midst of the litany of sins committed by the people and the judgments they are in the process of bringing on their own heads, there is a word of hope and that is that these judgments will not be in vain.  Their suffering will not be wasted.  The ones who survive the harrowing times that are coming - those will eventually  be regathered into their land. Because of their afflictions, they will seek God, abhor idolatry,  and experience His blessings once again without straying.  Beyond that, there is an even greater time coming when dry bones will live and the people as a whole will experience a heart transplant, God's heart for theirs, His ways for theirs...
To have a new heart, one that instinctively wants to love God with every fiber of it's being and one that  also desires to love others as himself, that's no small thing.  What a promise!
Maybe their past was not so good... (Can we say understatement?)  And maybe the present is pretty bleak... And maybe things are going to get a whole lot worse before they get better...
But when God promises "better", no one can beat it.
The God of Abraham, Isaac, and, yes, also Ezekiel, is not crazy except perhaps in His patience and overwhelming love for us.  He is just, yes. And He allows us to make our own beds and then lie in them, as we say in the South.  But He never leaves us in the painful  past or the frightening  present, always He points us to a future day... of hope... with Him. 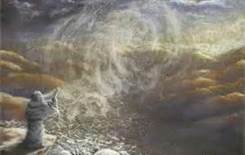